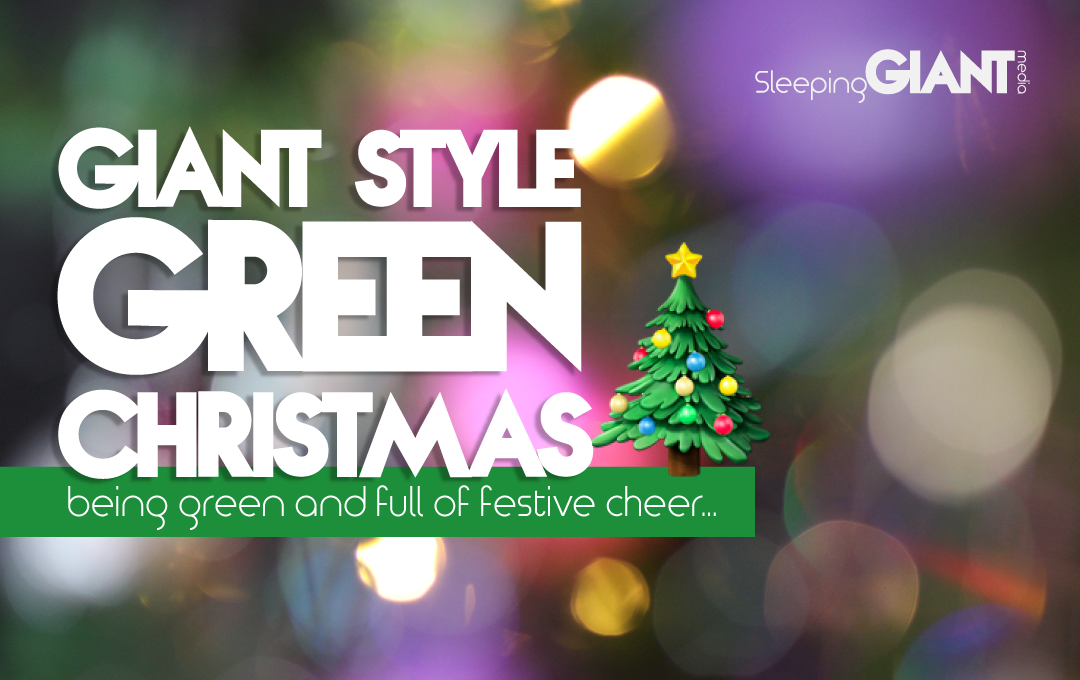 A GIANT Green Christmas that got everyone involved! 🎄

You may remember, back at Halloween, that we let you in on all of the ways we were trying to celebrate the freaky festivities in a way that was kinder to the planet – from 100% vegan sweets to putting a ban on pumpkins.

And with Christmas just around the corner, another time of the year that’s notoriously bad for generating tons of waste, we thought we’d fill you in on some of the ways we’ve tried to get on the planet’s nice list this year. From advent alternatives to second hand Secret Santa, there’s no reason going green should put a dampener on your festive cheer this time of year. 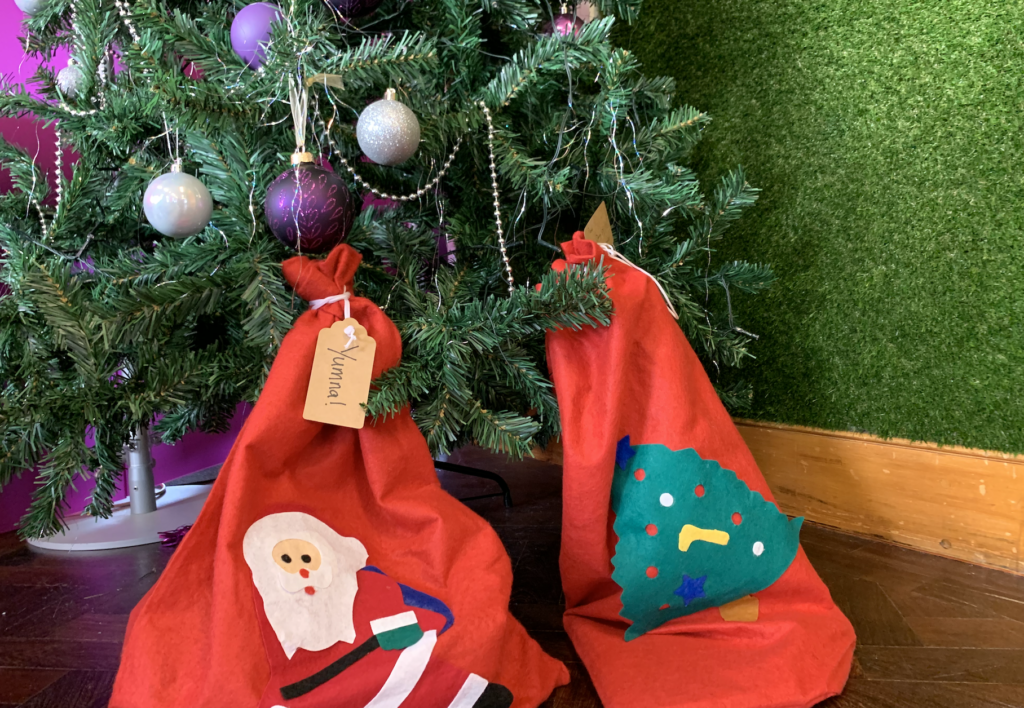 While it’s nice to celebrate the festive season by giving to others, Secret Santa can result in a lot of tat being gifted in offices around the country. In a bid to make things a bit more thoughtful, we’ve changed up Secret Santa this year, declaring that all gifts have to be second-hand, handmade, or eco-friendly. Plus, we asked all participating GIANTs to fill in a wishlist, to help the gift-givers buy things that would be more useful.

Recycling advisors WRAP found that the amount of wrapping paper thrown away at Christmas in the UK alone would stretch to the moon – which is a long way. To help cut down on some of this wrapping waste, we’ve also invested in reusable Santa sacks for everyone to gift their Secret Santa items in. We’ll be packing them up safely and reusing them again next year, too.

In previous years, we’ve bought all of the GIANTs an advent calendar to kick off December. However, this year we wanted to reduce the amount of single-use items we were buying – after all, 52 advent calendars are a lot of advent calendars. Instead, we turned a trusty Kallax unit into a custom GIANT advent calendar, full of gifts that were meant to be longer-lasting, and more eco-friendly. From plants and canvas tote bags to games and edible treats, the GIANT advent has been a big hit with the team – and way more fun than eating a little chocolate!

A whole host of vegan treats 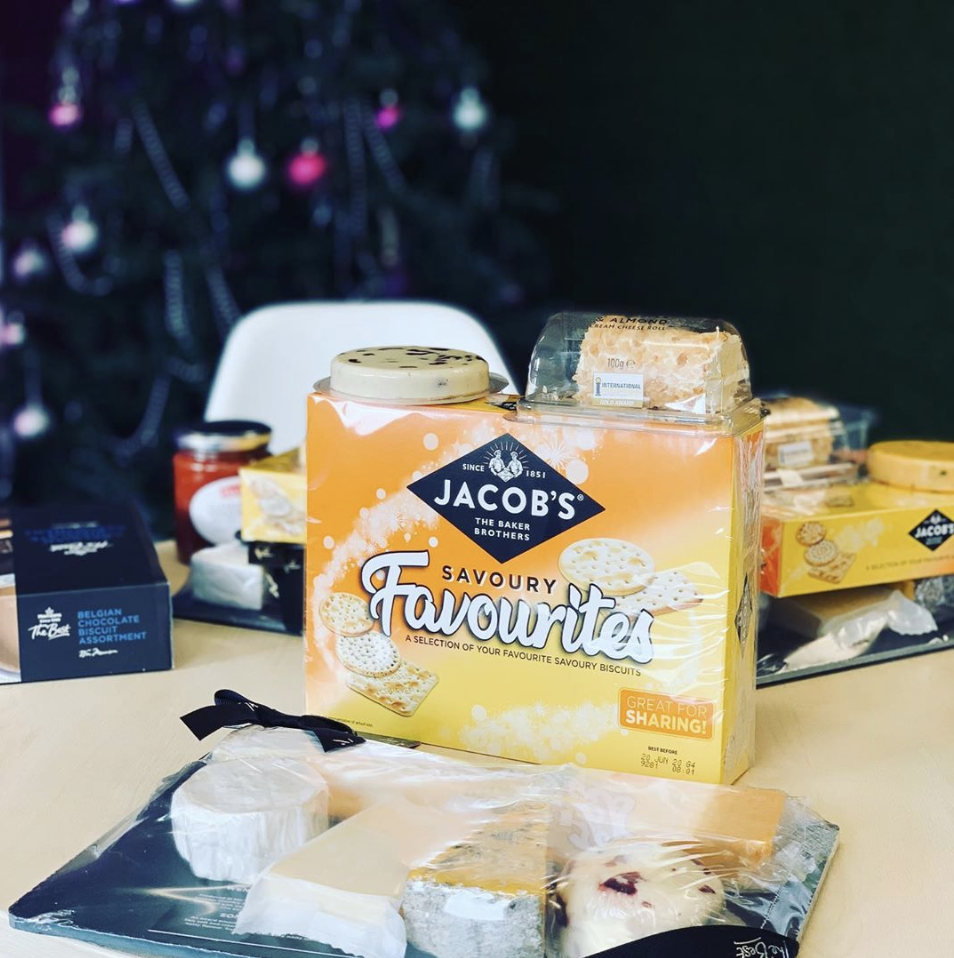 In December, we like to celebrate the run-up to Christmas with a whole host of fun Friday festivities to get the GIANTs in the mood. We kicked things off on the 1st Friday of the month with hot chocolate and mince pies, with plenty of vegan alternatives available. Next, we had what’s affectionately been dubbed ‘the best day of the year’ – cheeseboard day. Naturally, we had to make sure that our vegan GIANTs had plenty of tasty cheese to enjoy too! Plus, we definitely saw a few non-vegans getting involved and trying new things, which is always nice to see. The final pre-Christmas Friday involved a GIANT classic, the Starbucks mega-order, which leads us nicely onto…. 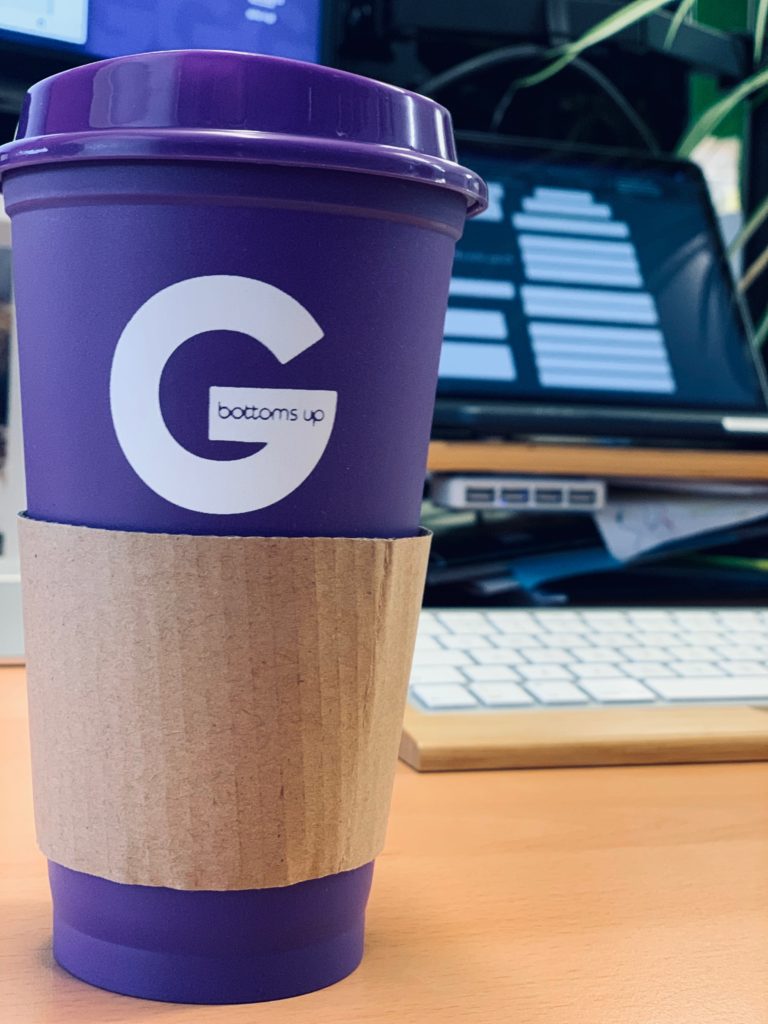 There’s nothing like a festive drink to get you in the mood for Christmas, and the GIANT Starbucks order is a bit of a Christmas tradition around here. To cut out the resulting influx of single-use coffee cups, we’ve invested in branded purple reusable coffee cups – taking inspiration from our summer party purchases. Not only will they reduce the waste this time, but the GIANTs will be able to use them all year round. 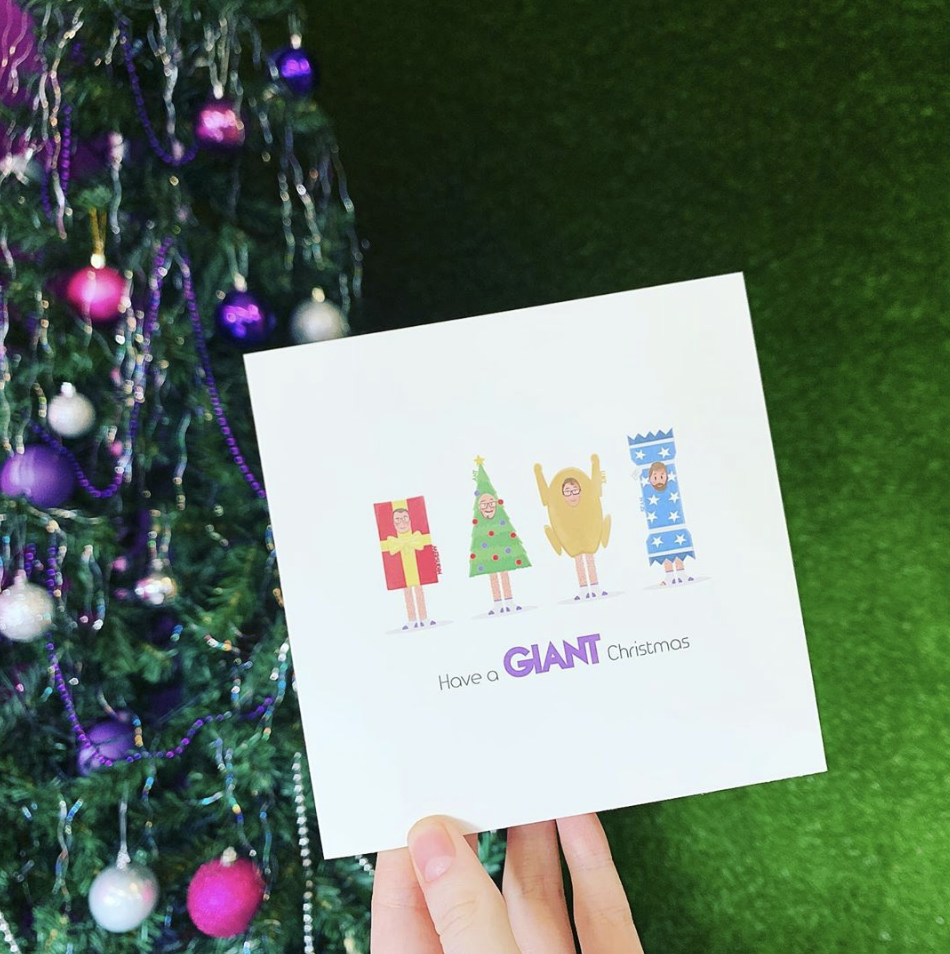 Sending Christmas cards to clients, partners, and organisations we work with is a really nice way to send good cheer at Christmas, but we wanted to find a way to do so that didn’t create tons of waste. The outcome was cards created with biodegradable paper, made with 100% green energy by a carbon-neutral company. Perfect for popping straight in the recycling bin, or even reusing – we personally think Ant would make a great bauble.

At our Christmas party, we like to celebrate the wins – including honouring the GIANTs who have helped to make the year such a success. This year, we had custom wooden awards made up to give out to the winners, which will be engraved and reused each year. Not only is it more eco-friendly than little statues or plastic medals, but they look super cool too. Win-win! 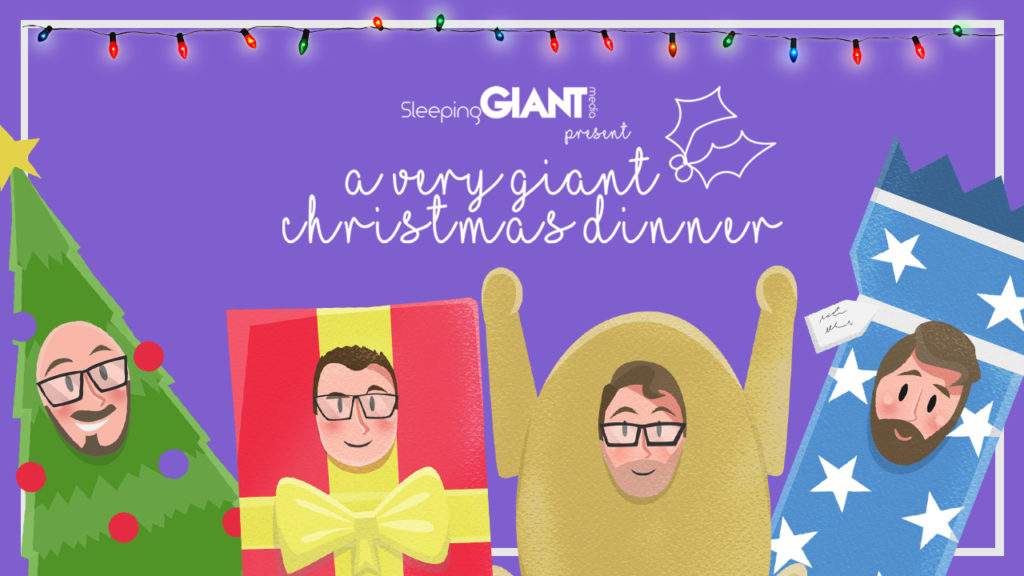 Have you made any changes to your Christmas traditions this year in a bid to be more green? We’d love to hear about them! Hit us up over on Twitter, or find out why we’re so keen on green in our previous blog.