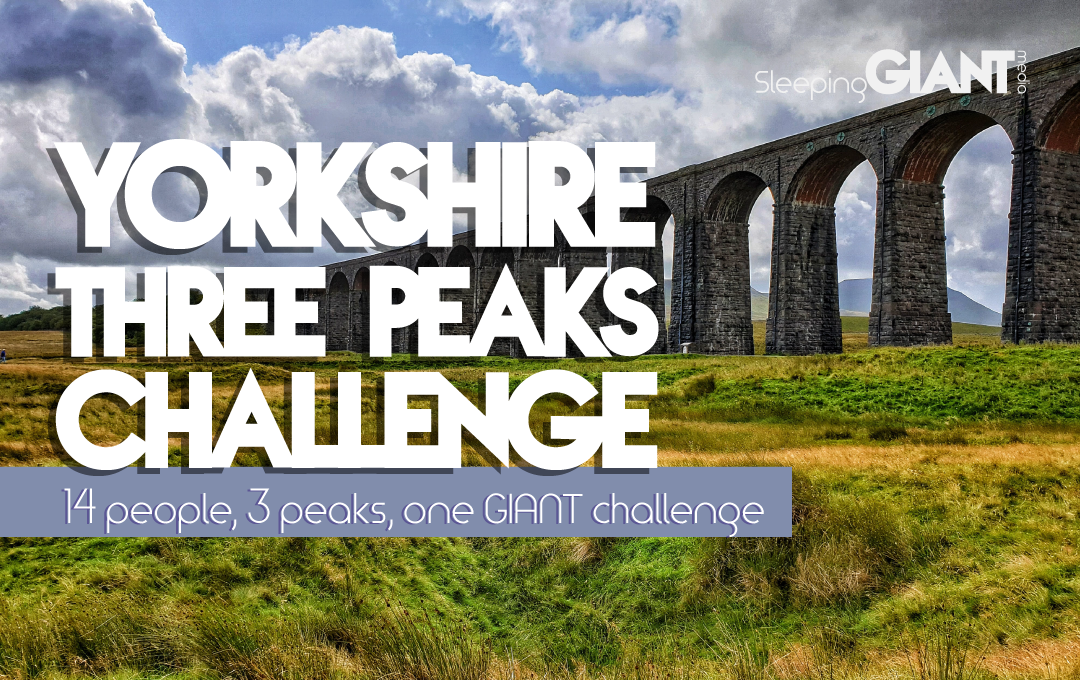 Friday the 16th of August 2019 marked the day that 14 of our brave giants set off to Yorkshire to tackle the 3 peaks challenge to raise money for TinyToes, a charity that works in Neonatal Intensive Care and Special Care Baby Units in Kent, providing lifesaving support to newborns, small children and families alike.

After loading up the cars, the band of giants travelled up to Yorkshire – ready to take on the immense challenge.

To paint a picture of exactly what went down (or should that be up?) in Yorkshire, we have included the experiences of the troop below, in their own words. If you enjoy living vicariously through the misadventures of others, this is the perfect blog for you! 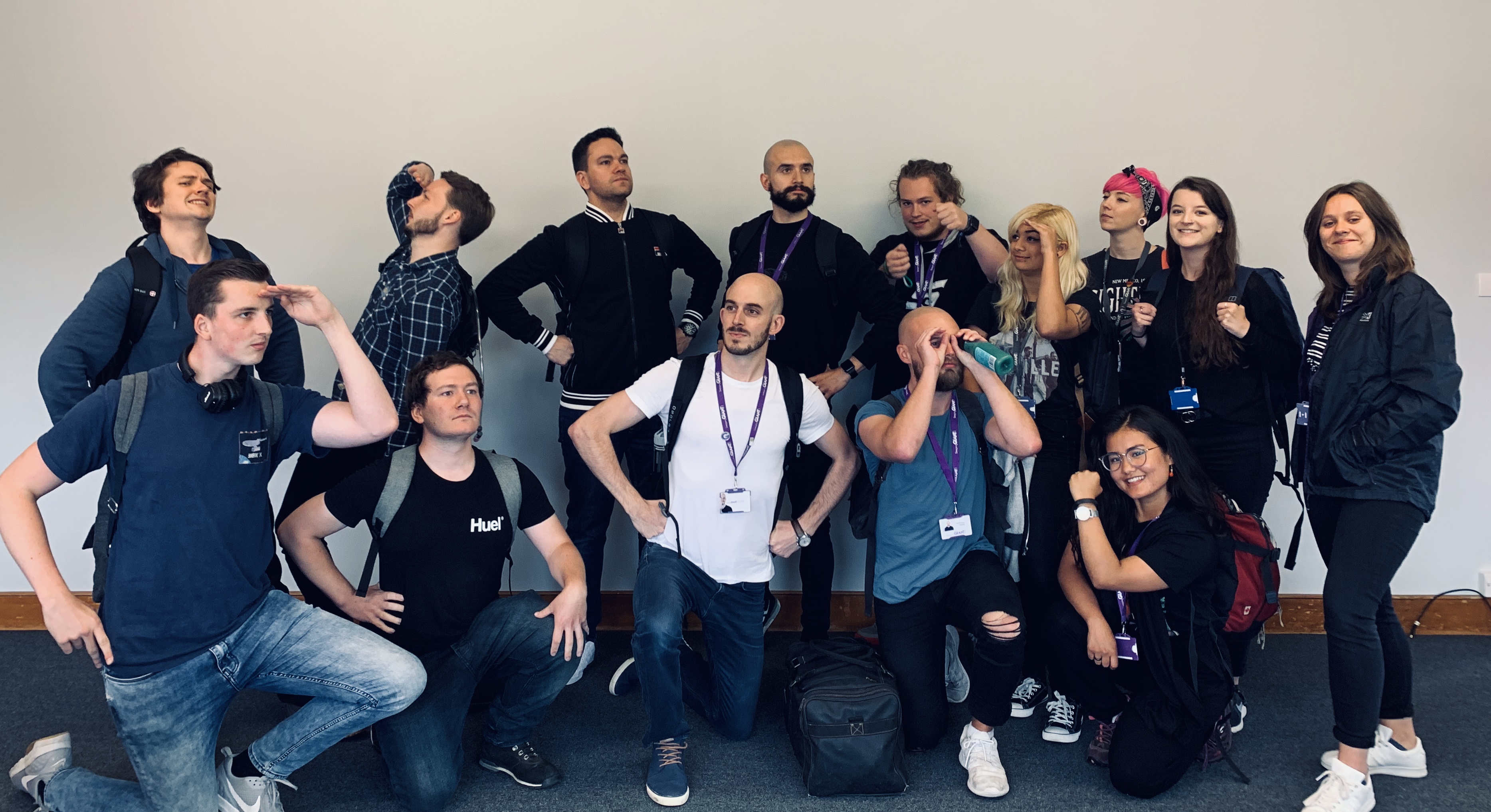 ♪,♩. ♪,♩…Alarms went off and we were up and raring to go for the 24.5 mile long walk across the Yorkshire dales, summiting Pen-y-ghent, Whernside and Ingleborough! 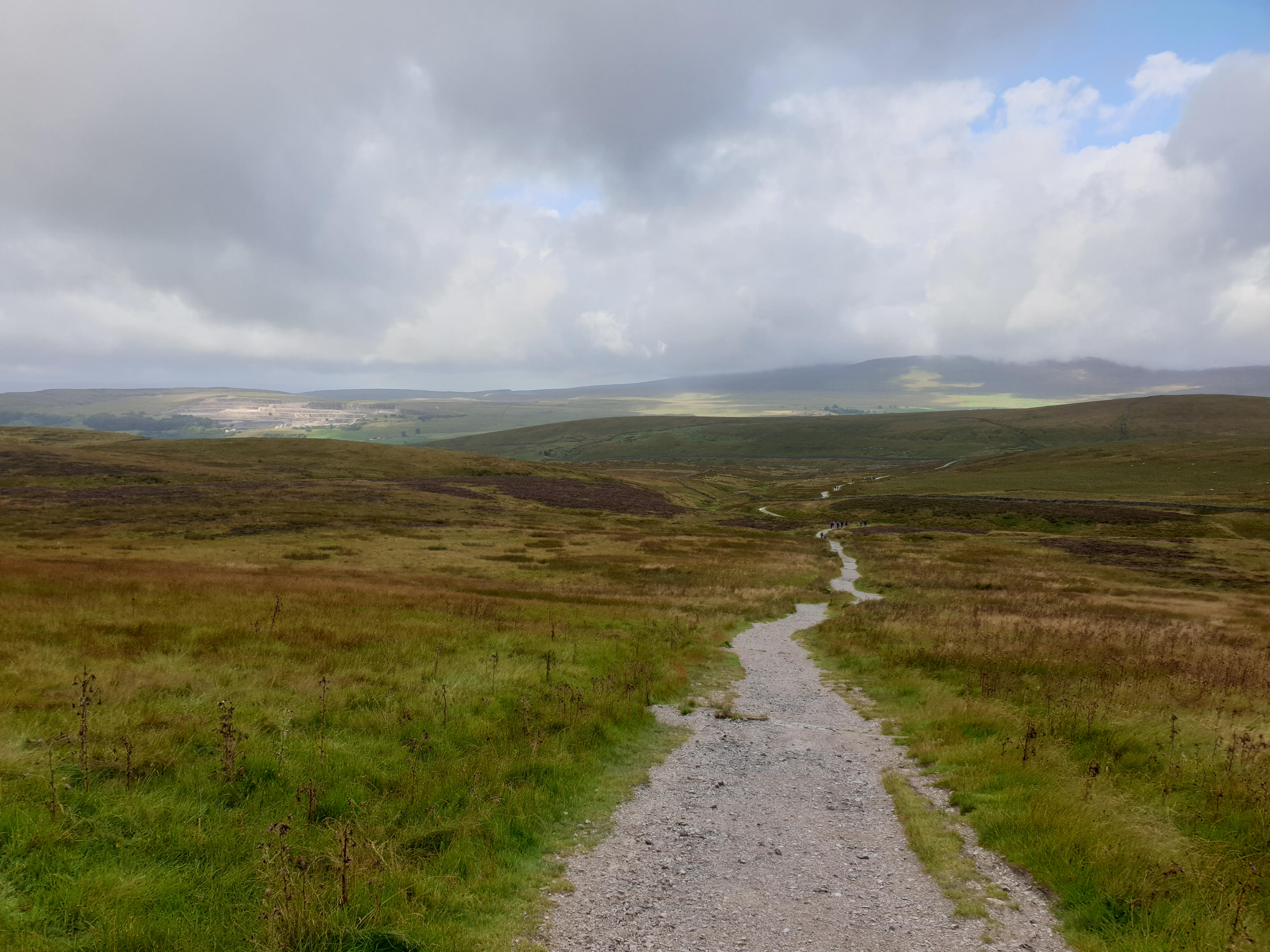 Upon arriving at Horton-in-Ribblesdale at 6:45am, spirits were immediately dampened as the Yorkshire rain, which had been pouring down throughout the night, continued to fall. Huddled in our cars, we were initially hesitant to get going until the rain abated. But just like the flick of a switch the rain blew over giving a window of opportunity to set out and start the challenge!

The ascent of Pen-y-ghent started well enough, however the rain and wind soon picked up, making an already difficult climb even harder. This turned the climb up the rock face more of a scramble against the wind. However, despite the odds within two hours, we had all reached the top!

With some much needed water and snack bars consumed at the summit it was then time for the 7-mile walk down the first peak. The descent from Pen-y-ghent was easy going comparatively, and was actually, dare we say it, pleasant, due to a much appreciated break in the weather. At the very least, it provided the perfect opportunity to snap a few pics for the Gram!

Towards the bottom of Pen-y-ghent, we rendezvoused with Reuben the driver of the support van for a quick pit stop to rehydrate and change socks before setting off towards Whernside! 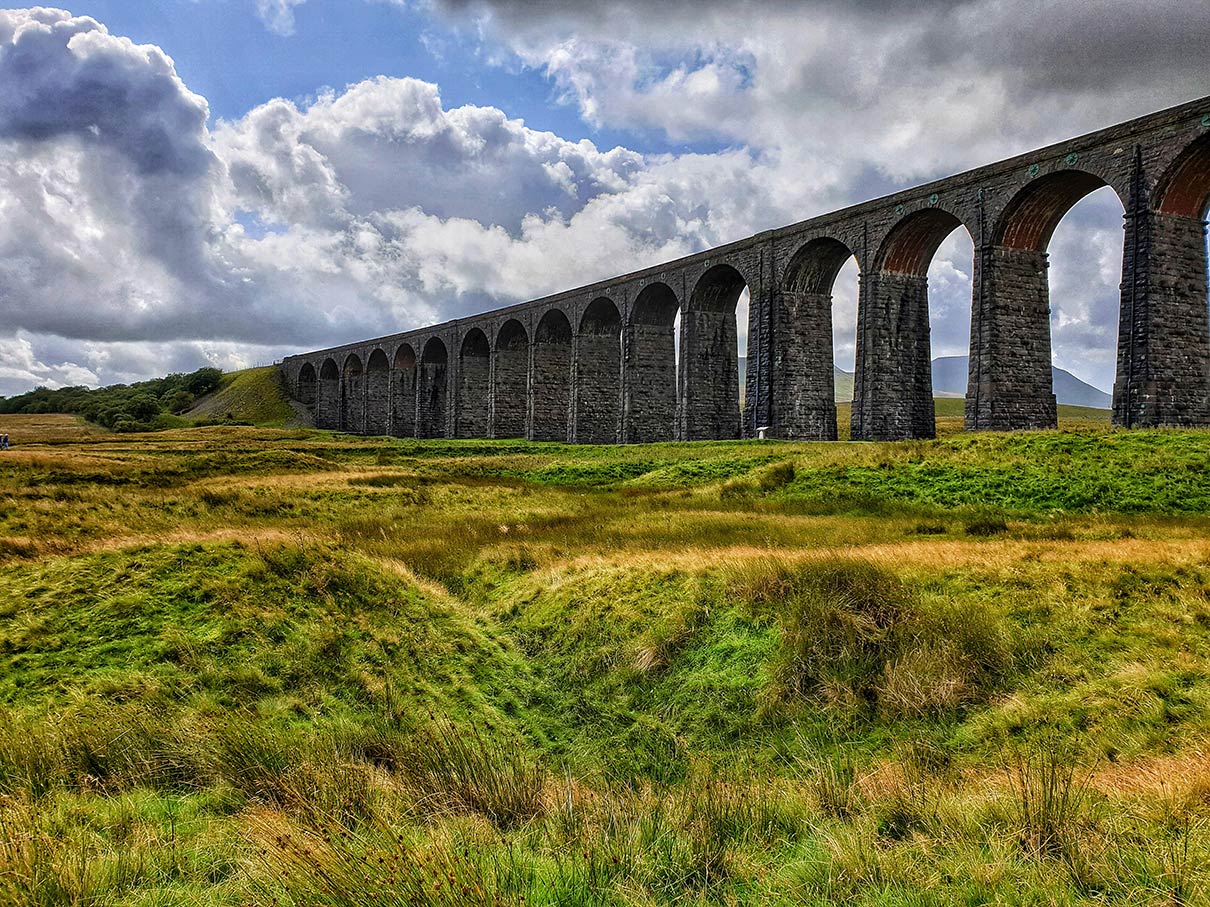 The beginning of Whernside was arguably the most spectacular, with a Viaduct marking the route to the base of the peak. In some ways, the views created a false sense of security, because we were not prepared for the sheer distance and elevation of Whernside! Every time we thought we had reached the top, more and more steps appeared.

One of the runners in the group (the crazy ones), Shaun, had this to say about the second summit:

‘All the training we had done as the running group, couldn’t prepare us for what was to come at the Yorkshire 3 Peaks. Although the first peak wasn’t enough to stop us, the second peak certainly broke the band up. The neverending incline challenged our determination and grit, but we still saw it through to the end. Nothing was going to stop us.’

After what seemed like hours, we all reached the summit!

With a long and arduous walk up Whernside completed, It would have been nice to have experienced another easy-going decent much like on Pen-y-ghent, but no. The path down was steep and riddled with awkward rocks and dirt. As wonderful as that was, we weren’t going to let that stop us! ???? 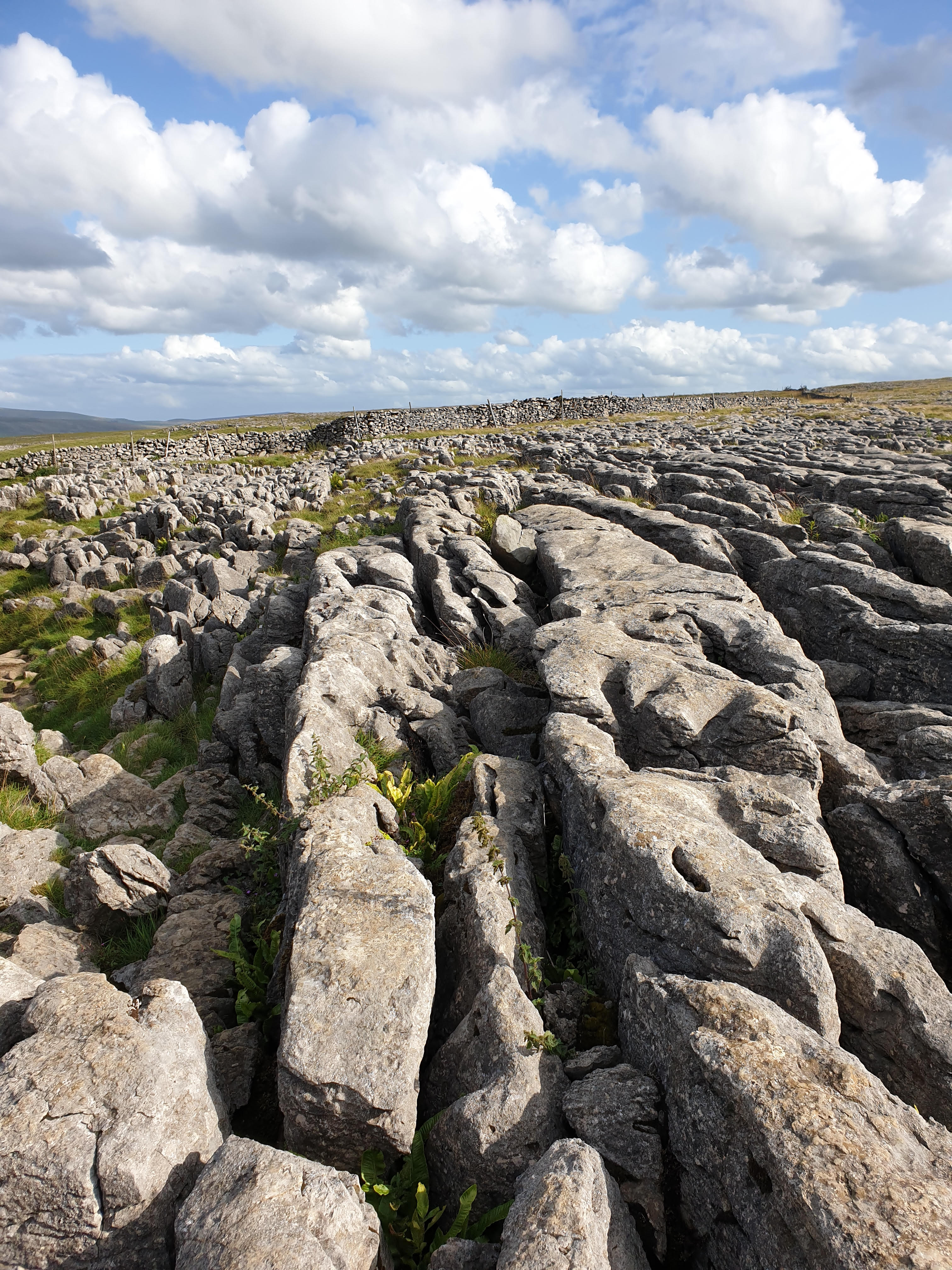 The road leading to Ingleborough was short and scenic and at this stage the sky was blue and the winds had died down. In retrospect this part was the walk’s equivalent of the calm before the storm.

Much like the build up to Pen-y-ghent, the paths to Ingleborough got gradually steeper but made slightly more bearable with some incredible rock formations and a beautiful view! No matter how pleasant to the eyes these were, they could not make up for what was in store for us at the base of Ingleborough.

A treacherous, zigzagged rocky pass leading all the way up to the summit. After much clambering, motivational speeches and a few handy energy gels, we all used the very last of our strength to tackle this grueling peak.

We all made it!

Despite the setbacks, the blood, sweat and tears (all of these quite literally) all 13 giants who set off across the yorkshire dales made it up all three peaks!

The view from the summit of Ingleborough was spectacular, but it wasn’t over just yet, we still needed to get to the finish line.

A final 5 miles (after completing 19), from Ingleborough back to Horton-in-Ribblesdale was well up there as one of the hardest parts of the challenge, but with spirits high we limped, ran, crawled and hobbled our way there.

Crossing the train track into Horton-in-Ribblesdale marked the completion of the Yorkshire Three Peaks challenge! Despite the jelly legs and broken backs we all did an incredible job and came through together.

As with many things in life, we couldn’t have done it without the help of our friends. Everyone in the company was incredibly supportive, and the generous donations from many friends, family members and colleagues, kept us going. 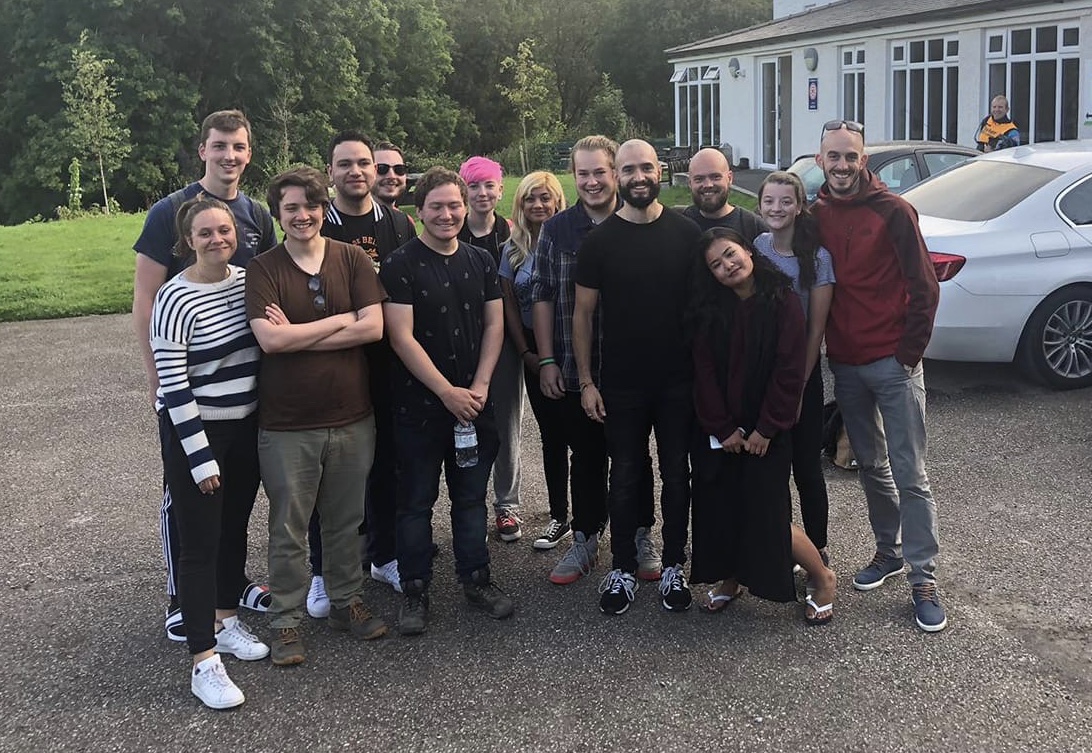 Now that the three peaks are well and truly behind us, we’ve had time to collect our thoughts and rest our aching feet. Below are some of thoughts our giants had about the Yorkshire three peaks, and how they feel now that they have finished it.

‘My Yorkshire Three Peaks experience was absolutely terrifying, incredible and overwhelming, all at once. If you’d planted me at the foot of one of those hills and told me to climb it a year ago I’d have told you to jog on, instead…. I jogged on (well, hobbled slowly). I learnt so much about my own mental and physical strength and LOVED experiencing it with my amazing colleagues. I said never again, but I reckon I could be persuaded…’

‘Before starting our arduous journey into the Yorkshire countryside, I was very nervous. Clearly not as nervous as I should have been because I had totally downplayed the actual experience – especially climbing the peaks themselves! If I had known what I was about to put myself through, I probably would have spooked myself out of it. But I’m so glad I pushed myself to do this.’

‘For someone who gets winded running for the bus, completing the Yorkshire Three Peaks Challenge seemed like a pretty far fetched idea when it was suggested a few months ago. But here we are… legs sore, utterly exhausted and three hills successfully climbed! Despite almost bailing after peak 1, I made it to the end of the 24.5 miles and have never been prouder. I didn’t expect the experience to be as mentally and physically challenging as it was but being surrounded by a wonderful team, we all pushed each other (sometimes literally) to the end – definitely a bonding experience we’ll never forget!’

We are incredibly thankful for everyone who has donated to help us support Tiny Toes and sponsor our journey across the Yorkshire Three Peaks. If you would still like to donate, you can do so by clicking here.

Alternatively, if you want to suggest another challenge for our Giants, let us know! I think some of us have got a taste for it now…

Hear what they're most excited for, most fearful of & about the #charity we're raising money for ????