Held in association with NatWest, the Great British Entrepreneur Awards had 100 finalists – and CEO Luke and MD Ant were lucky enough to be one of them! The esteemed Awards recognise the entrepreneurial achievements of British entrepreneurs up and down the country, and are regarded as the benchmark for entrepreneurial success in the UK. 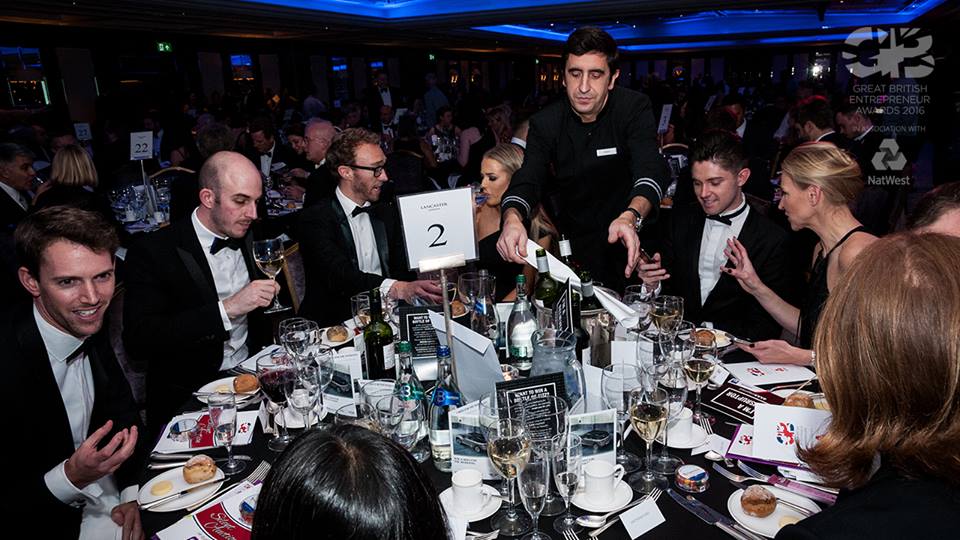 The awards ceremony took place in the ballroom of the renowned Lancaster London Hotel, with winners being picked from over 20 categories. Sleeping Giant Media were shortlisted in the Small Business Entrepreneur of the Year category, and saw us up against seven other entrepreneurs. Although we didn’t win, we were lucky enough to be commended with the NatWest Boost Award, and were runners up in our category!

We had a great time at the Great British Entrepreneur Awards, and are delighted to have had to opportunity to both be a part of, and meet some of the best entrepreneurs Britain has to offer!