The National Lottery Anniversary Run started at 10am so we were up bright and early to get the train to Stratford International. We were really lucky with the weather because after many days of heatwave it was overcast for most of the morning, which afforded us a little bit of cool weather to complete the run. The race was officially started by Sir Chris Hoy and many people were stopping to take his photo at the start line, some people even stopped to shake his hand or give him a high-five! The 5 mile course took us around the Queen Elizabeth Olympic Park and past sights such as the Copper Box and the Orbit, before entering the stadium to complete the run. The last 300m was run on the track inside the stadium with thousands of people cheering us on. It was a fantastic, and emotional, experience and one we’ll never forget.

The fastest runner was Alex Cornwell, who ran a very quick 00:25:40! Our own Mersudin Forbes was the quickest of the Sleeping Giant team, completing the 5 mile course in 00:34:38. Well done Mersudin! Everyone did brilliantly and had a fantastic day. To see more pictures take a look at our Google+ page. 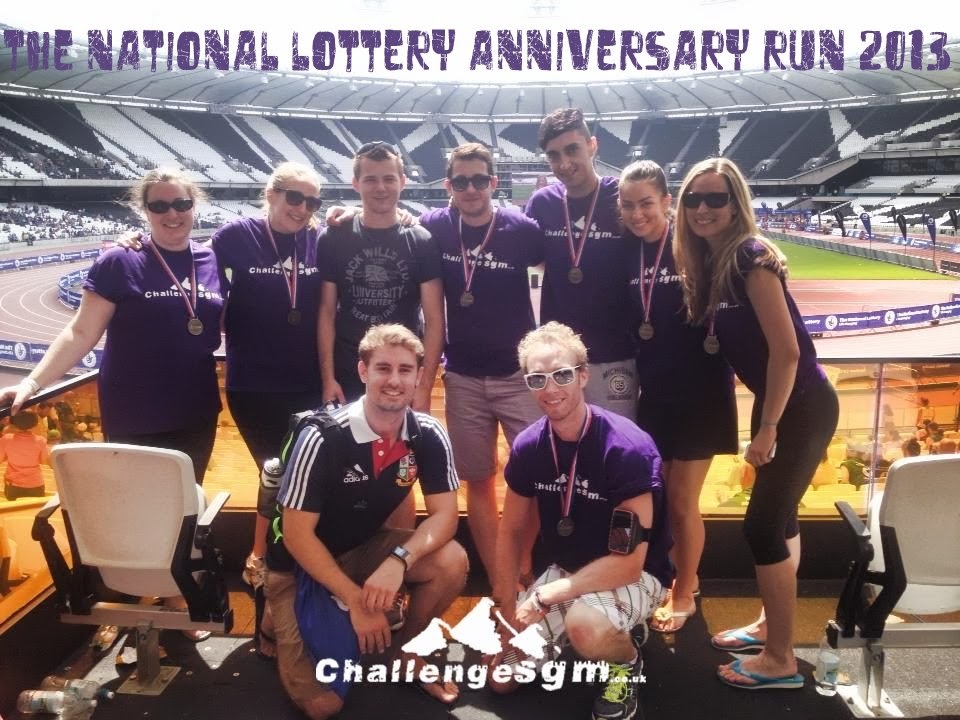