Ready for some digital news? This week it’s all about Facebook’s new feature, the latest in a line of regulatory delays, some new screen time stats, updates from Google Ads and the latest social app topping the charts.

Online advertisers lives may be about to get a little easier thanks to Google Ads, which is launching some new metrics designed to make ad positions easier to measure.

Average position is a notoriously tricky thing to track, but the addition of four new metrics is set to make this a little clearer. The features, which should appear over the new few weeks, are supposed to be split into two categories; two metrics around the absolute top position on the page, and two around all ad impressions displayed above the organic results. The ‘absolute top’ elements are designed to clarify positioning due to the fact that the first ad slot “ is not always at the top of the page” -meaning that position one can suddenly look like less of a win if you’re not actually at the top.

The new metrics are Impr. (Absolute Top) %, Impr. (Top) %, Search (Absolute Top) IS, and Search (Top) IS. Google says that if you’re using average position to bid to a location on the page, you can use these new impression share metrics to achieve those goals.

Sound good? We think so too. Find out more detail on the new metrics over at Search Engine Land.

When you think of the kingpins of social media apps you probably think of Facebook, Twitter and Instagram, with a hint of Snapchat and Pinterest lingering around there somewhere. However, data shows that there’s a new player on the app field – and they’re making big moves.

TikTok, which used to be Musical.ly, was purchased last year and merged with an app called TikTok, and has since seen its US downloads rise by 25% in the past three months – with monthly active users rising from 100 million to over 130 million. The video-sharing app is now topping the US app download charts, according to Apptopia, pushing other more established apps down the rankings. Experts are attributing a lot of this success to aggressive advertising, thanks to higher ad spend and a broader approach to where the ads are shown.

I asked some of the GIANTs for their thoughts and was met with a mixed bag of responses. One GIANT remembers using it a lot a couple of years ago, while another has it and dislikes the young audience currently on the platform. There was some confusion around what the app actually does – although a whole host of GIANTs recognise being bombarded by the adverts on YouTube, Facebook, and swathes of other sites. So maybe that aggressive ad strategy is working after all.

Find out more about TikTok, and whether you should be getting involved, over at Search Engine Journal.

Screen time has become a hot topic in 2018, with many tech companies launching dashboards to help people monitor how long they spend online – and campaigners lobbying against the damaging effects of screen time on children.

However, new research indicates that it may not be as damaging as we first thought. A study from Oxford University suggests that the “amount of time children spend on devices has little effect on how long they sleep”, based on data from an American study in 2016 around children’s health. The findings, which included data on more than 50,000 kids from all US states, showed that teens who don’t use tech slept only slightly longer than the teens who spent a lot of their day in front of a screen.

While the data seems promising, Rangan Chatterjee, a GP based in the UK, has said that he doesn’t plan on changing his advice around the topic. “The more research on this area, the better because screens are here to stay,” he told the BBC. “But the findings don’t replicate what I see in clinical practice which is that the use of screens right before bed has a significant impact on the quality of sleep.”

Now perhaps the key is on a variety of positive sleep tactics, rather than laying the blame solely at the screens. “Focusing on bedtime routines and regular patterns of sleep, such as consistent wake-up times, are much more effective strategies for helping young people sleep than thinking screens themselves play a significant role,” said Prof Andrew Przbylski, author of the new study. Check out more of the stats over at the BBC.

Facebook to launch unsend feature, giving you 10 minutes to delete a message

Ever sent a message to the wrong person on Facebook, or sent something that you instantly regret saying? Yep, same. Well, now you’ll be able to fix it, thanks to Facebook Messenger’s soon-to-be-new feature that will allow you to delete sent messages for up to 10 minutes after you’ve hit send.

INTERESTING... Facebook Messenger‘s long-awaited delete messages feature will only give you a 10 minute window to remove a message in a chat pic.twitter.com/ew1z2WPXbc

One Twitter user spotted the feature in the release notes of the upcoming 191.0 Messenger update, and the news has since spread like wildfire on social platforms. Some are saying that 10 minutes isn’t a massive amount of time to correct a mistake, particularly when compared to the hour WhatsApp gives you, but, talking from experience, you usually notice that you’ve made a mistake fairly instantly.

The feature has been rumoured since the spring when Facebook announced that it had been using the feature for CEO Mark Zuckerberg. Now, it looks like us mere mortals will also be able to correct our innocent, or not so innocent, mistakes too. Read more at The Verge.

This week saw Facebook push back its initial deadline for requiring UK politicians to verify their identity, following a host of issues around the introduction of the policy in the US.

The plans allow political advertisers to register to prove their location, as well as creating a voluntary system for disclosing who had paid for particular adverts and adding them to an Ad Library where they are archived for seven years. Initially, Facebook said that it would launch the requirement on 7th November, although now it is saying that it will, in fact, happen within “the next month”.

Part of this delay is down to issues with the launch in the US. “We have learnt that some people may try to game the disclaimer system by entering inaccurate details and have been working to improve our review process to detect and prevent this kind of abuse,” a Facebook spokesperson said in a statement. This delay is in part affected by Vice News, which used the data to announce that “adverts were paid for by every single US senator, vice-president Mike Pence, and Islamic State” – with Facebook approving all of the disclosures, and entering the ads into the archive.

When talking to the Guardian, Facebook didn’t set a new date for rolling out the ad transparency rules. “We will continue to roll out and refine these systems out over the next month so that we have a higher level of protection in place before next May’s local elections,” the brand explained. Read more on the story over at the Guardian.

The GIANTs and Nonference: All wrapped up

Last week saw a gaggle of GIANTs head to the inaugural Nonference event, organised by the IAB.

The event, which took place on the 1st November at London’s Tobacco Dock, was the first of its kind – with over 29 hours of immersive programming squished into 42 sessions, tightly packed into one single day – that’s a lot of things. 800 guests packed into the venue to check out the array of interactive talks, demos and presentations, involving 120 Trump masks, 140 mince pies, and 436 pieces of Lego. There was even a mind-reading robot pulling pints. Where else can you get that?

As you may have seen on our social profiles, our brand & marketing manager Danny delivered his own talk on the day, all around being honest on social media and cutting the crap. The talk went down amazingly, and we can’t wait for next year’s event; who knows, maybe we’ll be there again…

Didn’t get a chance to be there? Check out the awesome recap video from the IAB – keep an eye out for Danny at the beginning!

What a huge amount of fun #Nonference was. Want to re-live it or see what happened? We’ve got a sneak peek of our amazing recap video – see it in full and read all about it at https://t.co/xzsHRQw4K3. pic.twitter.com/ikNCuzMX8Q

Read more on the day’s events over on the IAB website.

Fancy a little more Friday reading? Check out some of our latest blogs, or we’ll see you back here next week. Happy Friday, people. 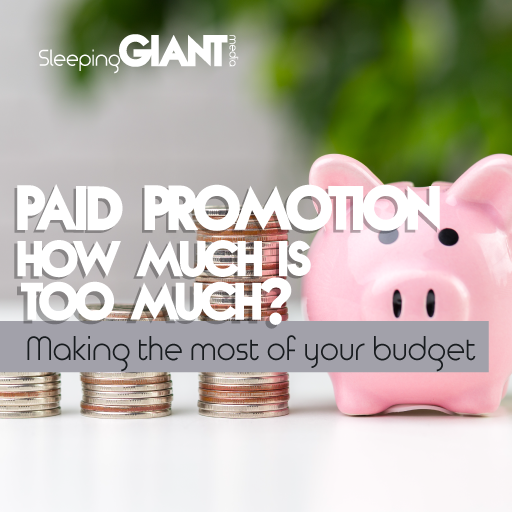