Happy Friday people! You know what that means – time for another dose of digital news. This week it’s all about Instagram’s new message, the potential for a pricier Netflix, how Google is trying to calm users, and the latest in the social media addiction debate.

Earlier this week, Instagram began displaying a new message that lets users on the platform know when they’ve viewed all the posts from the last two days.

This comes following Zuckerberg’s declaration back in January that he wants to make sure that “time spent on Facebook would be time well spent” – although it seems that he’s starting this movement on Instagram, rather than Facebook itself. According to TechCrunch, Facebook is developing a tool that shows how long you’ve spent on the app in the past seven days, with the ability to set yourself alerts when you hit a self-imposed time limit. However, this has yet to be released. 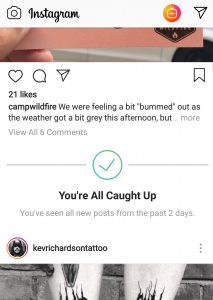 Our resident social know-it-all, Ben, is a big fan of the feature. “I am personally loving it. Though some people may worry that their post reach will decrease following this update, giving users a positive experience is beneficial – not only for the user themselves, but for the long term survival of the platform,” he said.

As the time well spent movement gains momentum, with hotshots from Facebook, Google, Apple and Mozilla getting involved, we predict that more and more of these features will be launched in the coming months. The big question is how does this affect digital ads – if less time on phones means less ad spend. For more on the story, head to Marketing Land. 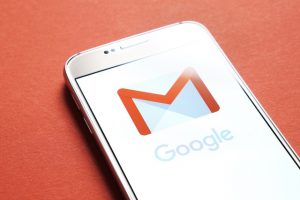 You may have seen a recent article in the Wall Street Journal, about ‘the app developers sifting through your Gmail’. As you might expect, Google has now launched a new blog in response – outlining the steps it takes to keep people safe on its software in a bid to calm the controversy.

Suzanne Frey, the director of the Google’s Security, Trust, & Privacy division of Google Cloud, wrote about how third-party apps are carefully vetted before being given access to any data. “Before a published, non-Google app can access your Gmail messages, it goes through a multi-step review process that includes automated and manual review of the developer, assessment of the app’s privacy policy and homepage to ensure it is a legitimate app, and in-app testing to ensure the app works as it says it does,” she explains.

She goes on to clarify that “Google’s review process is designed to ensure companies and individuals do not misrepresent themselves and only request data relevant to the function they’re providing”, but recommends that users use the Security Checkup tool to check what devices and third party apps have access to your Gmail.

For many, this is just a case of shining a light on something we already kind of knew about – a practice growing more common since the Cambridge Analytica scandal. Read the full blog by Google, or check out the story on The Verge.

We previously reported on how when it comes to paid digital services, Netflix was a firm favourite amongst the GIANTs. And it seems that now the platform is looking to up its game, with rumours of a new, even more expensive subscription option.

TuttoAndroid recently reported that Netflix is testing a new “Ultra” subscription, which will be its most expensive plan yet – costing €16.99 a month. Although in Germany, there is also a €19.99 price point in testing – hinting that Netflix may still be undecided on how high they want to go with the cost on this release.

Netflix has since confirmed to CNET that this new Ultra price tier testing is real, with a spokesperson saying: “In this case, we are testing slightly different price points and features to better understand how consumers value Netflix.” On the topic of features, it may be that the new top tier means current Premium users see their HDR video cut, and a drop from four concurrent streams to two – with those features moving to the new Ultra option.

So, are you committed to getting the biggest, baddest, best Netflix on the market? If so, you might have to start preparing to pay more for the privilege. Check out the full story on The Verge. 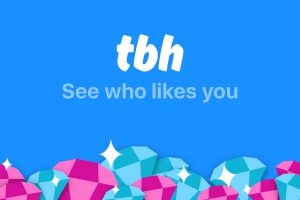 Who here remembers the good old days of Moves, Hello, and tbh? No? Neither do we, though arguably we aren’t really the target market. This week Facebook announced it was shutting down the aforementioned, teen-focused apps which it purchased last year, due to low usage.

Although generally it is best advised to not speak ill of the deceased, for anyone not in the know, Moves was a fitness tracker, Hello was an app which merged contact details with Facebook information and tbh allowed students to anonymously send compliments to each other.

All of these apps reflect Facebook’s larger campaign to find new success with younger audiences. This was particularly important a few months ago as younger audiences were notedly leaving Facebook and Instagram. This obviously rang some clear alarm bells at Facebook HQ, and lead to the company purchasing a number of these smaller apps, with the hope of winning back the hearts of younger demographics.

Despite this, the apps never really took off, and with the recent increasing popularity of Instagram stories which are now twice as popular as Snapchat, these apps probably weren’t as needed. 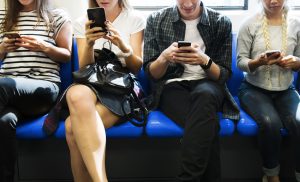 The BBC’s Panorama programme has covered a story on the addictive nature of social media, with Silicon Valley insiders declaring that social media companies are deliberately addicting users.

One of the engineers involved, Aza Raskin, declared that the companies are ‘taking behavioural cocaine and sprinkling it all over your interface’ in a bid to constantly keep you coming back for me. He was behind the design of infinite scroll – one of the features now seen as increasing the addictive nature. Now, he realises that the feature keeps users looking at their phone for longer than necessary, and feels guilty about his creation. “If you don’t give your brain time to catch up with your impulses,” he said, “you just keep scrolling.”

As we’ve already discussed, the time well-spent movement is now in play to help people identify when they’re spending too long on social media – and hopefully cut back on some of these addictive features. However, particularly in younger generations, the impacts of social media addiction continue to be a priority issue.

Check out the show, called Smartphones: The Dark Side on BBC now, or read the full story.

Facebook has recently joined other digital brands such as ASOS and Airbnb to create their own print publication – aptly titled ‘Grow’. 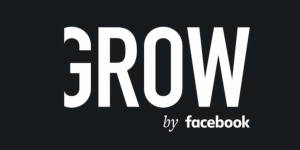 According to The Drum, Facebook has been very clear that it “isn’t a magazine” although it does have the tagline, “a quarterly magazine for business leaders” splashed across the cover. The publication seems to be going down the thought-leadership route to align with their annual business event.

Why start a publication/ magazine anyway? According to Terri White, editor-in-chief of film bible Empire, by having content in print it adds “Trust, authority and credibility” and aids in creating a much less cluttered space to get your point across. It’s also an opportunity for Facebook to show themselves as industry leaders since they won’t be selling any advertising or charging for any of the events or content. Instead, they intend for the ‘magazine’ (booklet?) to be used purely for marketing communication purposes.

We’re interested to see how it ranks against other popular businesses publications such as ‘Think’ magazine for Google, which helped create a basis for their online content platform by opening up interest from a new market.

Though it’s currently unclear what direction Facebook will be taking ‘Grow’ in, we’re here and definitely interested (watching it grow [sorry]) in the months to come.

Do you prefer print or digital? Let us know.

Not done reading? Don’t worry, we’ve got tons more to offer. Take a look at our blog for some things to keep you going till next Friday. Be there or be square. 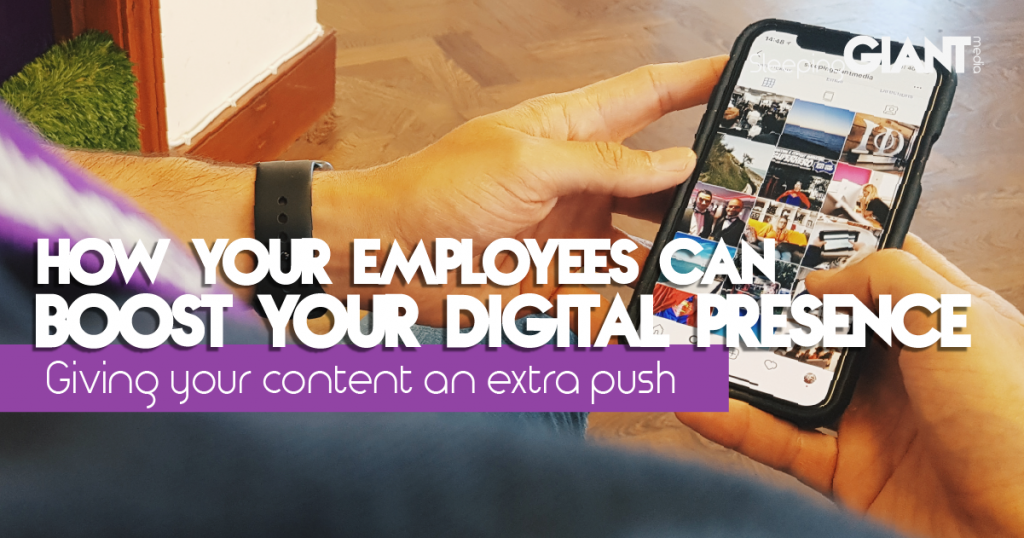 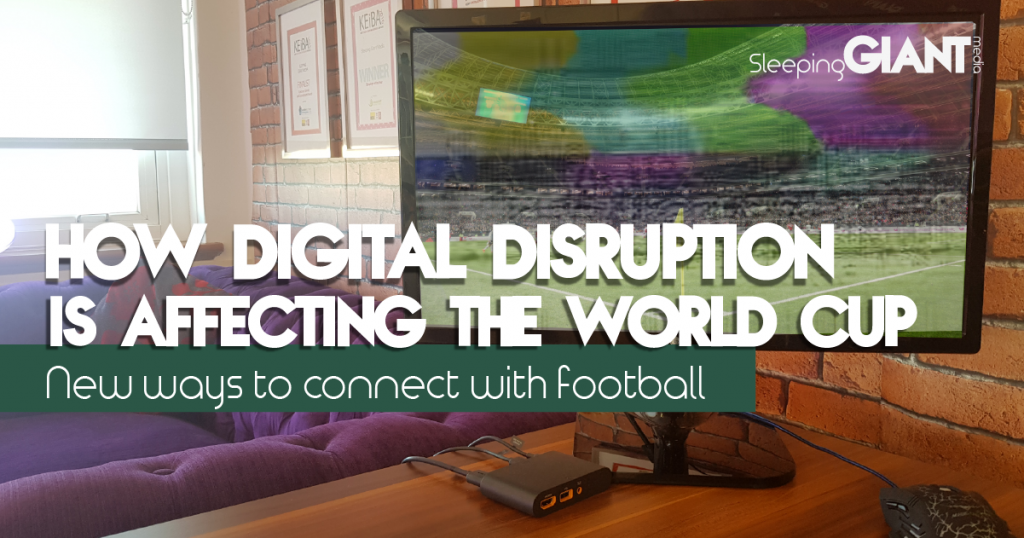