Blue Monday week is over, so it’s time to celebrate with some digital news. This week we’re talking YouTube burnout, Google’s first GDPR fine, updates from WhatsApp and Spotify, and how Netflix is topping the buzz charts.

Some of the world’s biggest YouTube stars have come out to discuss mental health, and the impact that succeeding on the platform has had on their life – including causing them to burnout.

Some reasons for this burnout include the fact that many YouTubers are their own bosses, and are under pressure to stay relevant and ‘do it all’ – causing them to get exhausted and lose pride in the content they’re pushing out. PewDiePie, who boasts more than 80 million subscribers, spoke to INSIDER about the issue, citing a time in 2016 where he felt too drained to continue. “As a online content creator your presence needs to be constantly moving forward and since your job depends on it, it can be hard to hit the brakes,” he explained.

A YouTube representative has said that it’s committed to supporting creators making content in a “healthy, sustainable way”, pointing people towards courses and videos in the YouTube Creator Academy for support. But more may need to be done to prevent these high-level creators from burning out, as more and more people enjoy YouTube content on a regular basis. Check out more on the story at Business Insider.

French data protection regulator CNIL has issued a €50 million fine to Google this week, stating that the search giant “failed to provide enough information to users about its data consent policies and didn’t give them enough control over how their information is used.”

The fine, which is the biggest yet to be issued by a European regulator, is one of the first examples of a major industry player falling foul of GDPR rules, which came into action last May. According to these regulations, businesses must gain consent from users to collect their data – and users must be given a clear and easy way of opting out of this happening.

Google has responded to the fine, saying it’s “deeply committed to meeting the high standards of transparency and control that people expect of it”. With seven European countries now accusing the company of GDPR violations around location tracking, it looks like transparency is going to be crucial in 2019. Read more at The Verge.

Adding commercials would cost Netflix 57% of its subscribers

A new study has found that the introduction of adverts would cost Netflix 57% of its UK subscribers, according to marketing tech company Audience Project.

The findings were part of a UK based report looking into traditional TV, online video and streaming. It found that, perhaps unsurprisingly, Netflix steals the majority of the streaming audience, with 70% market share, followed by BBC iPlayer at 61%. Younger audiences could be partially responsible for the continued increase in streaming popularity, with 63% of 15-25-year-olds streaming and downloading content – compared to 65% of the same age range watching traditional TV.

The stats also showed that this 70% market share currently owned by Netflix is up 30% across 18 months – compared to YouTube, ITV Player and All 4, which saw a decline in streaming users over the same period. Interesting, all three of those host ads.

Martyn Bentley, Commercial Director UK at AudienceProject, said the results show how important targeting and relevancy are for ad success. “As consumers have increasing choice over whether or not they see ads, both broadcasters and advertisers alike need to work hard to ensure that campaigns enhance experience, rather than detract,” he explains. Check out the full report over at Net Imperative.

Starting this week, WhatsApp will now limit users across the world to forwarding a message only five times, in a bid to cut down on the spread of misinformation on the platform.

The move follows the forwarding limit being cut for the first time during summer last year, when WhatsApp also began labelling forwarded messages. Before this point, you could forward a message 256 times – showing just how quickly false information could spread.

Misinformation has been a major problem on WhatsApp in countries like India and Brazil, where “bad voting information, conspiracy theories, and false stories about candidates” spread across the platform ahead of the country’s presidential elections.

While some agree that these forwarding limits could help minimise the spread of bad information, it may not be enough. Messages can still be forwarded to groups, which can include up to 256 people – meaning a message forwarded five times could still reach almost 1,300 people, enough to have a sizeable impact depending on the information being shared. Read more at The Verge. 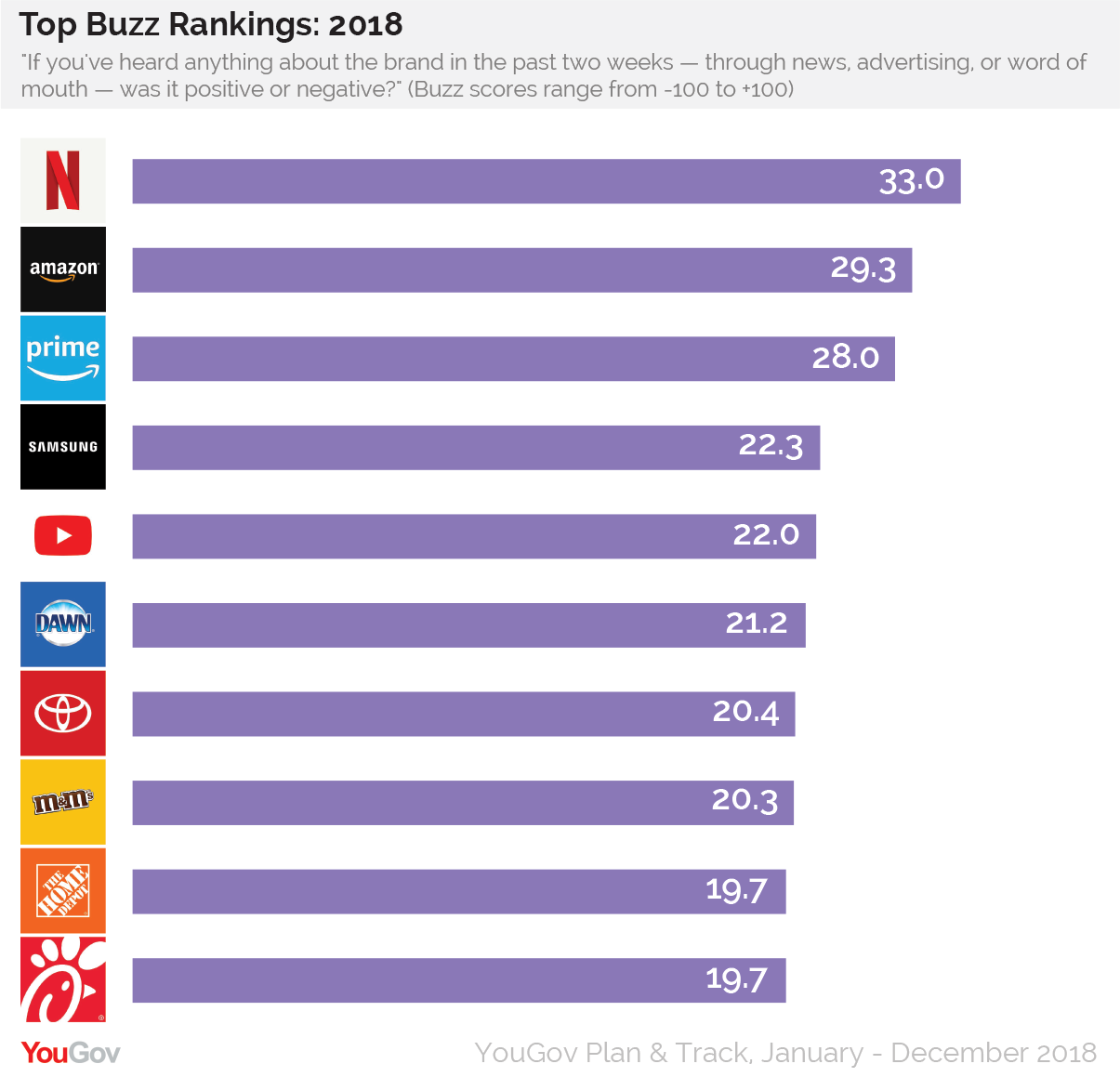 Streaming giant Netflix has come out on top in a poll of consumer sentiment, outperforming almost 2,000 other brands.

The US survey, conducted by YouGov, asked consumers: “If you’ve heard anything about the brand in the past two weeks – through news, advertising, or word of mouth – was it positive or negative?” The results were then collated and scored on a scale of -100 to 100, ending in a ‘buzz value’.

To claim the top spot, Netflix beat Amazon and Amazon Prime, in 2nd and 3rd place, with the top 5 also including Samsung and YouTube – showing that tech giants are dominating when it comes to consumer awareness.

A similar survey conducted last year in the UK saw Netflix come in third place, behind discount retailers Aldi and Lidl, showing that the streaming site has garnered serious global appeal. A quick poll of the office showed that you can count on one hand how many GIANTs don’t use Netflix, so the platform has definitely made its mark in Folkestone! Check out more on the results of the study over at The Drum.

Spotify has taken a quiet stand this week, allowing users to block certain artists from playing – meaning that they won’t hear them in “playlists, charts, radio, or users’ personal libraries”.

The semi-secret rollout is a nod towards a move last year when the platform used its Hate Content & Hateful Conduct policy to remove music by artists like R. Kelly and XXXTentacion. The move caused an industry-wide backlash, causing Spotify to reverse its decision several weeks later and reinstate all music. Now, in the midst of the #MuteRKelly movement, it will be interesting to see the reaction the new feature garners.

One thing to keep in mind is that the new capability won’t work when the artist is featured on someone else’s song, but in theory, Spotify are at least giving users control over who they want to hear – and who they don’t. Currently, only users of the iOS mobile app will be able to toggle on and off the feature within the menu bar of each artist’s page, with no set information around when it will be released on the desktop or web player versions. Keep an eye on Pitchfork for more details.

It’s nearly the freakin’ weekend people. How are you spending yours? Check out some of our latest blogs to get you to the end of the day, or we’ll see you again next Friday. 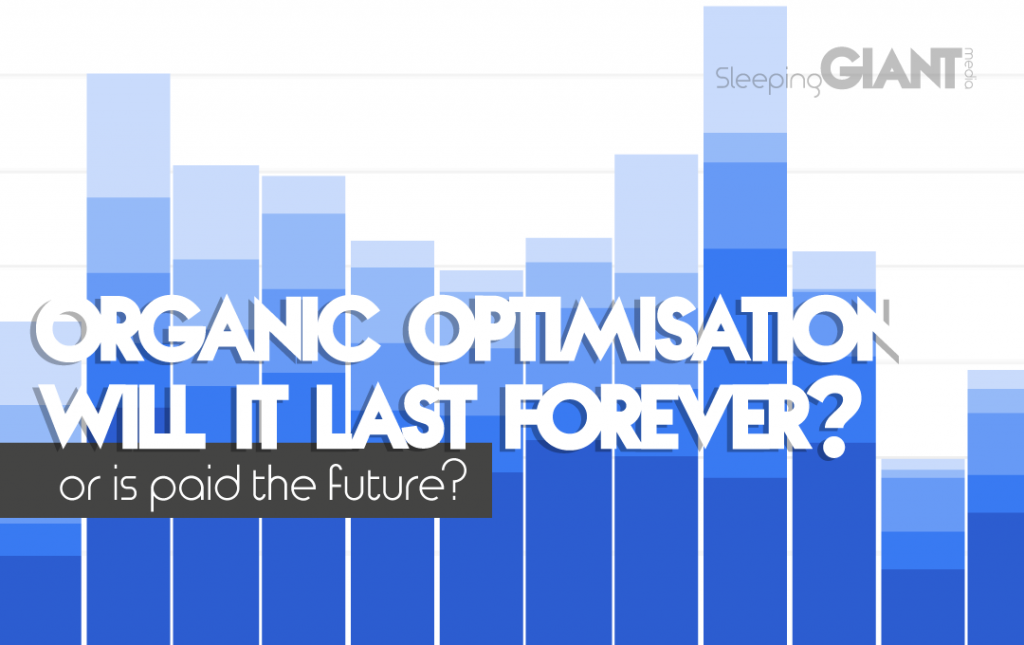 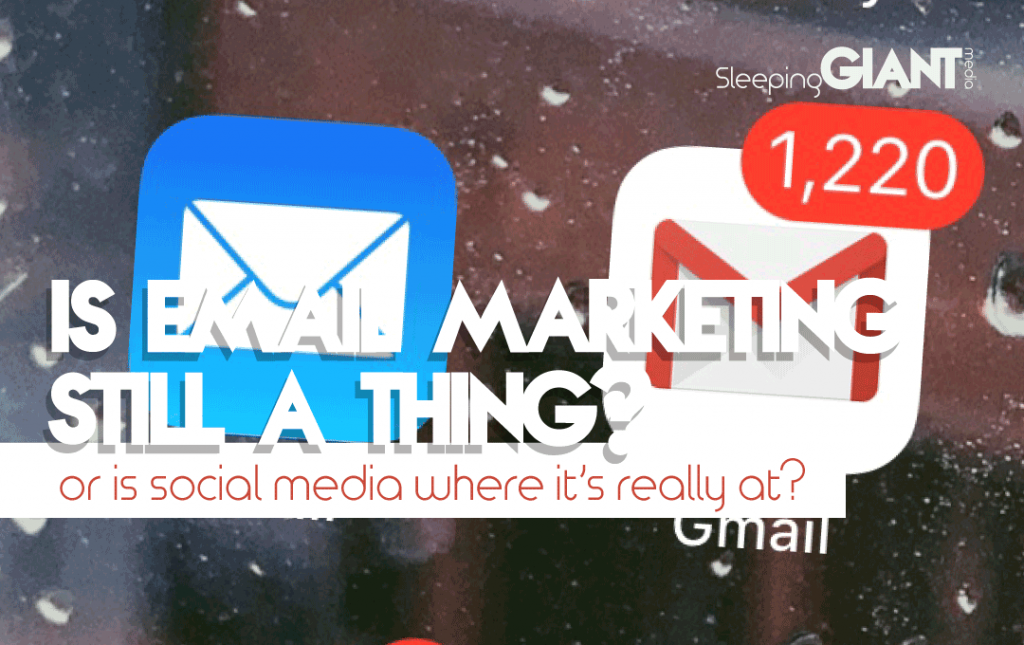