In this week’s digital news roundup, we’re talking about Instagram’s shopping service, the new Live update to YouTube, some seriously nifty Google launches, and the impact that Facebook’s data scandal is having on social media shares as a whole.

If you’ve been checking out our sister company Giant Campus’ Instagram Stories this week, then you’ve probably seen the announcement about shopping on Instagram.

Launched last year in the US, the new shopping feature has now hit UK soil – and means that companies can provide tailored deals and products to their Insta audience. According to Instagram, “shopping on Instagram gives your business an immersive storefront for people to explore your best products with a single tap.”

Erin Roy is head of media and digital marketing at M&S, which has been trialling the new service. She told Net Imperative: “Instagram shopping offers us the opportunity to realise the huge potential of our 760,000 followers. Instagram has always been a great platform through which to showcase our products and engage with customers. Shoppable posts take this to a whole new level.” 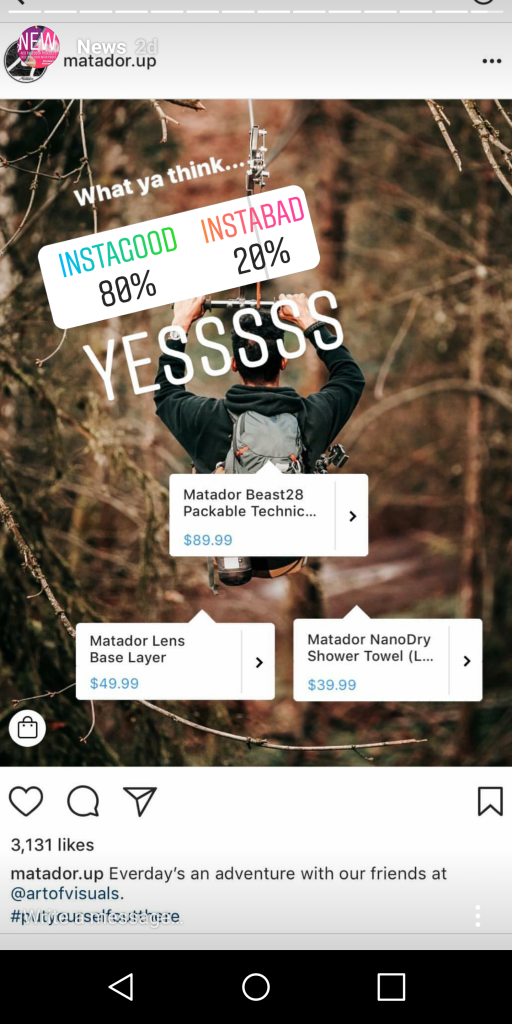 This isn’t just a benefit for the retail giants of the world, however. Instagram polled small businesses recently and found that 42% would rather point customers to their Instagram profile rather than their website. With that in mind, perhaps this gives SMEs and startups a whole new way to promote their products and boost sales, focusing on one platform that could generate big results. 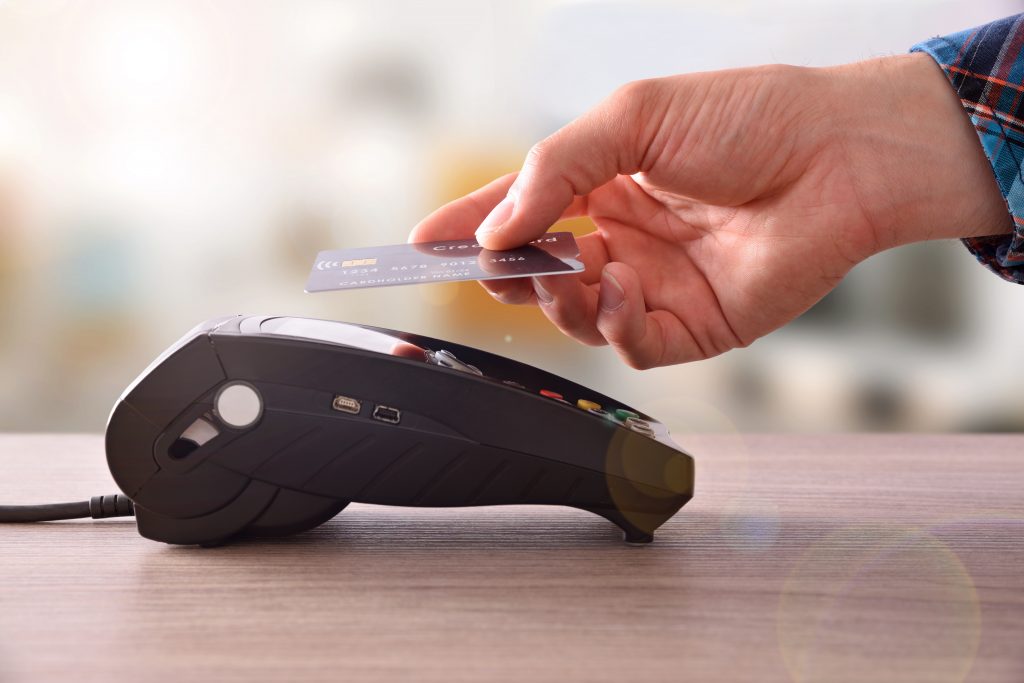 You may remember last month that we covered a story on church spires being used to boost internet connectivity. Well, now that looks like just the first step when it comes to churches joining the digital world.

Charity Digital News reported this week that The Church of England is making “contactless, virtual terminal, and SMS mobile payments available throughout England”, following a trial in summer 2017 in cathedrals and parish churches.

The scheme, in place to make transactions quicker and easier for congregations, will mean events like weddings, christenings, church fetes and concerts, as well for making one-off donations and the booking of churches and halls, can now be paid for without cash.

John Preston, National Stewardship Officer of the Church of England, said: “There is a clear need for our parishes to introduce card and contactless facilities and we are excited to make this available through Parish Buying. How we pay for things is changing fast, especially for younger church-goers, who no longer carry cash, and we want all generations to be able to make the most of their place of worship.”

What’s going to be the next techy move churches opt for? Let us know your predictions in the comments below!

Just A Line from Google

If you’re a fan of getting creative with video, then you’re in luck. This week Google released a new app that could give creatives a whole new way to make super cool content on their smartphone.

According to the Experiments with Google blog, Google launched Just a Line as an app that lets you “make simple drawings in augmented reality, then share your creation with a short video” – based on previous open-source experiments with ARCore. To create your own Just a Line masterpiece, you simply touch the screen to draw using white lines, then hit record and share what you make with your friends, family or audience. The platform also make a point of saying that, if you’re a developer, you can use the open-sourced code as a starter project for ARCore.

The Verge reported that the results “look like Snapchat filters and Instagram stories, but just floating in the air”. Google shared a video on YouTube highlighting some of the super cool possibilities that users of the app can create:

Check out the Just a Line app, and don’t forget to show us your creations!

YouTube has just launched a new feature designed to make it easier for content creators to go live and interact with their community – whether that’s on a computer or a mobile device.

This week the video platform announced the changes on its YouTube Creators blog, saying that the process of going live would now be as easy as a couple of clicks. “Just head over to youtube.com/webcam or click on “Go live” in the YouTube header to start your stream. You don’t need any additional streaming software or extra set up,” they explained. 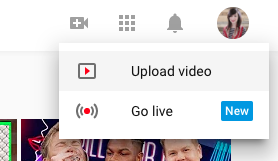 Later in the year, YouTube will also be launching the ability to live stream directly from within the camera app. Available on devices from big brands like Asus, LG, Motorola, Nokia and Samsung initially, this should encourage more spontaneous live streams from ad-hoc destinations – with the brand suggesting you could “hold a mini concert, teach snowboarding or celebrate a milestone with fans”.

One of our recent blogs highlights the highs and lows of going live with video for brands – and how it’s not always in a business’s best interests. Check it out before you make the leap!

Facebook, at the heart of the scandal, has lost 10% of its value so far this week according to This is Money – costing founder and chief executive Mark Zuckerberg £5 billion. The mass sell-off comes as details of how “50m Facebook users were mined by political consulting firm Cambridge Analytica to influence voters during US elections”. Find out more on the scandal, being called “the biggest public relations crisis Facebook has faced since the aftermath of the 2016 election”, with this breakdown video from The Verge:

Following Zuckerberg’s midweek interview with CNN, where he addressed the story and apologised for the first time, he announced that Facebook would be enhancing its security force this year, with The Verge reporting: “We’ll have more than 20,000 people working on security and community operations by the end of the year, I think we have about 15,000 now.”

SGM social hero Ben Hawkes said he’s interested in seeing what impact this has on social media data sharing as a whole. “From a marketing perspective, the volume of data available is one of the main draws when it comes to advertising on social media profiles like Facebook. If this changes, or if this is the turning point for people taking more note of the data being shared, then this could have impacts far beyond Facebook – and could mean another large shift in where marketing money is being spent.” 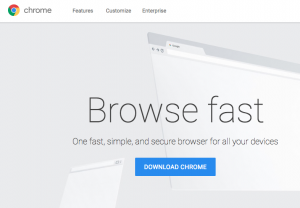 We’ve all experienced those annoying autoplaying videos that start blaring out music, causing you to frantically click from tab to tab in a bid to find the culprit – and promptly shut it up. Well – I come bearing good news! Google finally seems to be serious about blocking these autoplay videos.

According to The Verge, the next update to Chrome (version 66) will include changes to autoplay videos that were originally meant to happen for Chrome 64, but were delayed. Now, the browser will only play videos automatically if the sound isn’t playing by default, if you click and interact with the site, or if you’ve previously “shown an interest in media on the site.”

The beta channels of the Chrome update are showing the new autoplay changes now, with the public release expected to happen next month. I did a quick poll of the GIANTs and we unanimously agree that this is one of the best Chrome updates EVER – so we can’t wait for it to roll out. One of the GIANTs, Den, said that this may force the hand of video creators to ensure that video is powerful enough without sound or narration – or mean that we need some new embed options when it comes to adding video to pages.

Don’t forget to check back in next Friday for another instalment of our digital news roundup, or head over to the Sleeping Giant Media Instagram to recap some of our previous News Roundup Stories. For now, enjoy the #FridayFeeling!