Welcome to November, folks. This week we’re looking at the new products announced by Apple, discussing Facebook’s slow growth, a large scale Google walkout, and talking all things emoji – with new releases from Apple and Gboard.

Though many in our office are still brimming with excitement over the Apples’ last hardware show in September, a second hardware show this week has sent many into overdrive.

The event, which took place at Howards Gilman Opera House in New York City revealed a slew of new devices and updates, including a number of revamps of some of their older devices.

The MacBook Air was one of the main reveals at the show, now even lighter than before (weighing just 2.75 pounds!), and packing a 13.3-inch retina display, faster processor and made up entirely of recycled aluminium.

The Mac Mini and iPad Pro also received new updates (although as an Android user, the removal of the headphone port on the iPad still irks me), to help them perform better, and ultimately compete better with the stiff competition on the market.

These updates will be well received from fans of Apple’s older products, allowing them to retain their nostalgia with the help of a much better performing device.

Finally, Apple revealed the upcoming release of iOS update 12.1 which leads us nicely onto…

Now, if you’re anything like me then you love hearing that there’s an emoji update. The sudden ability to broaden my smartphone vocabulary brings me great joy – which is why the announcement that 158 new icons are coming has made me very happy.

The iOS 12.1 update is bringing with it a whole host of new emojis; totalling 158 if you account for all of the skin and gender variations, according to Emojipedia. These include must-haves like leafy greens, a frisbee, and a chess pawn, as well as salt (which I personally can see many uses for) and a mango. That’s not including the people additions, with a foot, a leg, a tooth, and a host of new faces also being introduced – the pleading face and hot face are some of my personal favourites. There’s also a ‘woozy face’, which some journalists have decided looks like “that drunk weirdo that approaches you in a bar”. They’re not wrong.

Check out a full list of the emojis at The Verge, and have a read of some of their reviews of the ‘woozy face’ while you’re there – they’re great. 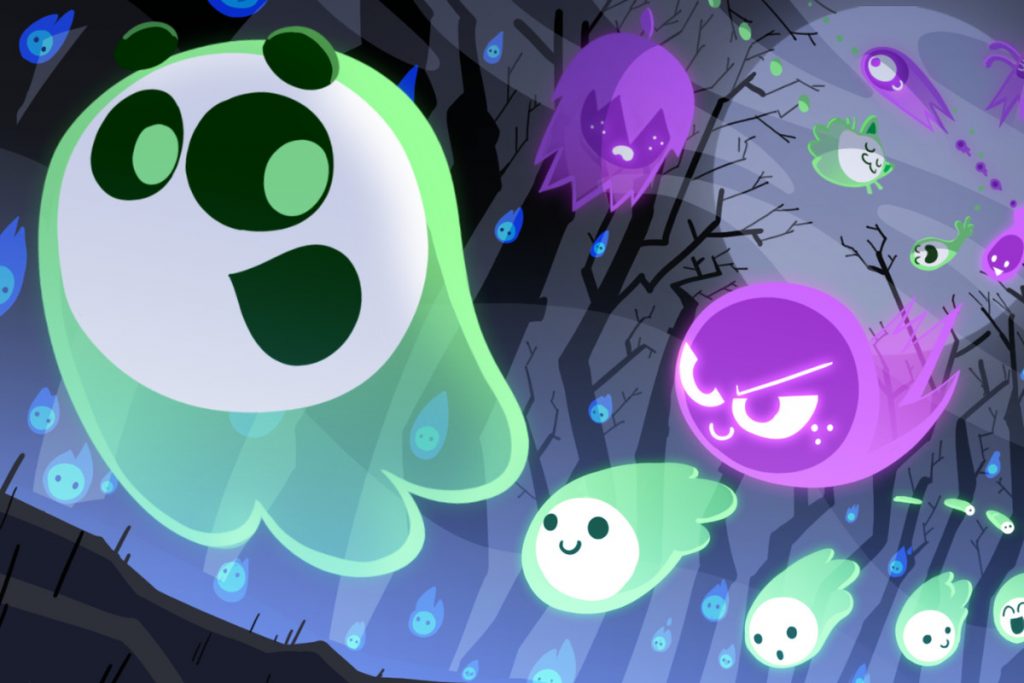 If you were quick enough to spot the Halloween themed Google Doodle game on Wednesday, then you witnessed a Doodle first – whether you realised it or not. The “Trick-or-Treat: The Great Ghoul Duel” game, which appeared on the Google homepage on Halloween, was the first time Google has launched a multiplayer game which users can play with friends, family, or random internet users across the globe.

In the game, users played a cute little ghost tasked with picking up spirits and taking them to their base – but these spirits could be stolen by other players in the game while in transit. You could also pick up bonuses, like speed boosts, during the course of the game, to help you get your spirits back to the base quicker.

The Google blog in which the game was announced explained that players can choose to host a game “with up to seven friends and family” thanks to custom invitation links, or they could choose to play with randomised players. It goes on to talk about the tech, explaining:  “The team built several systems to enable this multiplayer gaming, all running on the Google Cloud Platform, including integrating Open Match, a highly-scalable, open source matchmaking framework cofounded by Google Cloud and Unity.”

Head over to The Verge to find out more about the Doodles and how they work.

Just when you think the emoji world is as good as it can get – think again. This week saw Google introduce emoji style “Mini stickers for Gboard”, with the goal of allowing anyone to create an emoji that looks like them.

The benefit of these sticker emojis, very reminiscent of Bitmoji, is that they’re fully customisable, allowing you to create options that mirror what you look like, or what you think you look like. Even if you have, say, bright pink hair (ahem). Or, in the words of Google: “Have a beard and long gray curly hair? No problem. Nose piercing and baseball cap? We gotcha.”

To create these personalised minis, you first take a selfie, and then Google’s machine learning algorithms kick in to suggest things like skin tone and hairstyle. The user can then fine-tune the details, like hair colour, facial hair, glasses or headwear, or other accessories. You can even add things like freckles and wrinkles if you want to go for all-out realism.

Sound exciting? We think so too. Emoji Minis started rolling out in all Gboard languages this week, on both iOS and Android. For more info on the Google emojis and how you can make your own, check out this Google blog. 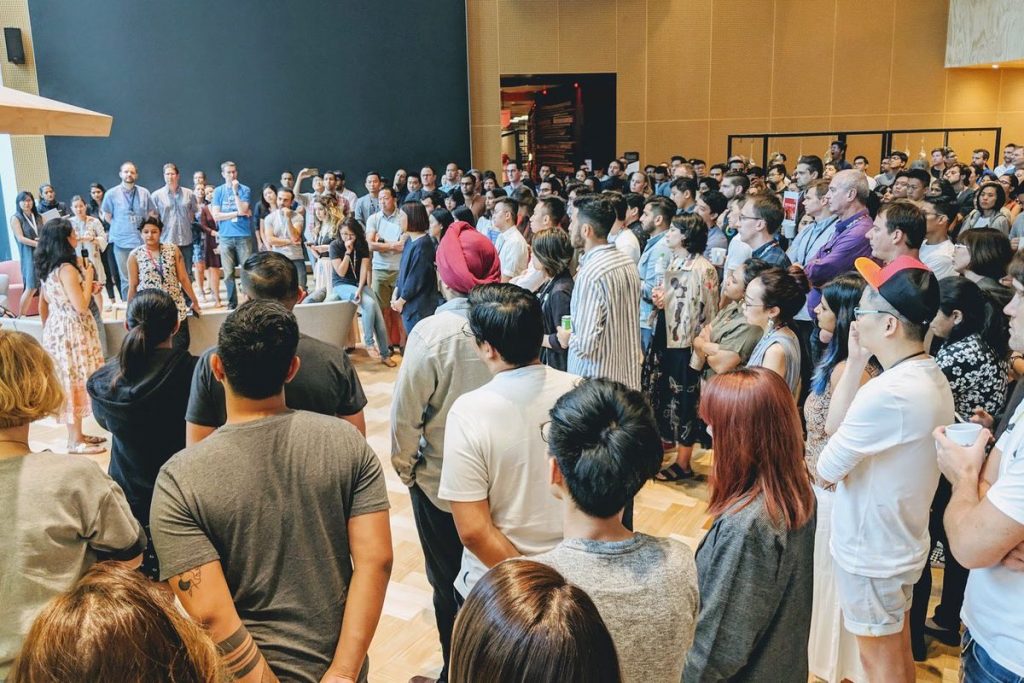 In more serious news, thousands of employees of Google’s offices worldwide are walking out today in protest of the handling of sexual misconduct claims within the company. According to the organisers of the protest, Google Walkout for Real Change, more than 1,500 employees are expected to take part in the offices around the world at 11:10 AM.

There have already been a number of photos on social media of walkouts in Asian offices where the working day is well underway, shared with the hashtag #GoogleWalkout.

The main catalysts for the protests are a string of sexual misconduct cases of high ranking Google employees that have come to light since the allegations against Android co-founder Andy Rubin. The company asked that Rubin resigned following the claims, but not before giving Rubin a $90 million exit package. This, and a string of similar cases and responses from Google, has forced a large number of employees to take action.

The fact that the company is so famous for its progressive, and often liberal attitudes, makes it even more startling that it has become embroiled in a controversy of this nature. It is an opinion which is mirrored in the statement of Claire Stapleton, a YouTube product marketing manager who told the Times, “Google’s famous for its culture. But in reality, we’re not even meeting the basics of respect, justice and fairness for every single person here.”

The organisation behind the walkout have issued 5 demands which they hope will be met by Google.

With the walkouts still happening around the world, many eyes will be on the companies response. As always, we’ll keep you posted.

Facebook’s growth continues to slow down

For years Facebook has been wearing the mantle of king of social media, but according to recent figures from their 2018 third-quarter earnings report out today what goes up, might, in fact, be coming down.

Now, before marketers throughout the world take to the streets and start rioting, tearing up their 2019 Facebook strategies in furious anger, there are some caveats to this information.

Firstly, it remains to be said that Facebook is still leading the social media pack…by a margin. Thanks to the companies efforts to expand internationally, it has actually seen a 9% increase in daily active users year on year. The total of monthly active users now sitting at a rather substantial 2.27 billion people. The decline and stagnation come from US and Canada, which has remained at 185 million, and Europe which has experienced a decrease in around 1 million users.

The takeaway from this is that, although the numbers are nothing to worry about at the moment, some are worried that we might see a further decline in users and ad revenue in the months or years to come.

Can you smell the weekend yet? We almost can. Check out some of our latest blogs if you’re not quite done reading, or we’ll see you back here next week for another instalment. Same time, the same place. 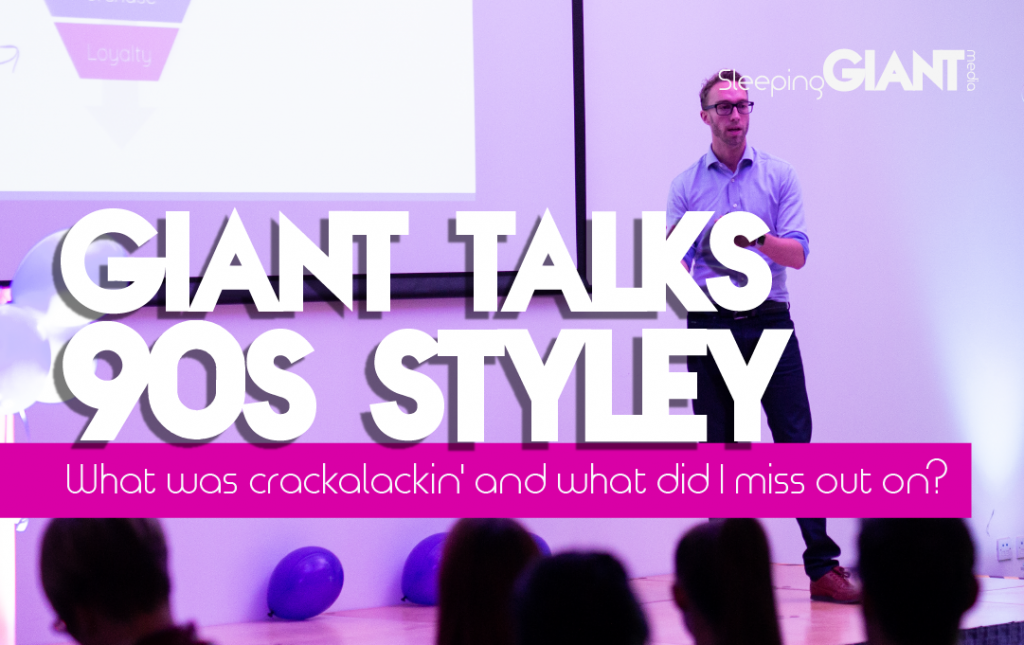 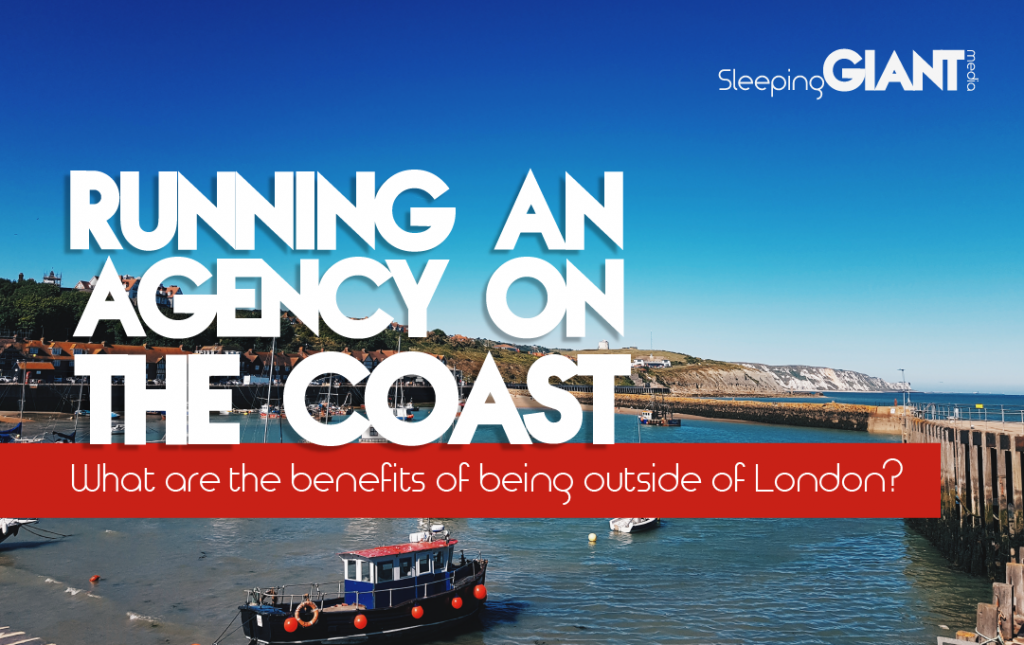