In this week’s digital news roundup we’re talking about Mark Zuckerberg’s encounter with Congress, the prime length for online ads, the success story that is inclusive emojis, and how Google have launched a new Reach Planner to help advertisers.

If you’ve been keeping up with the Cambridge Analytica scandal, then you probably heard that Mark Zuckerberg went up against a Congressional hearing this week. And boy, it wasn’t pretty.

We previously covered the impact of the data scandal on the social media market, and now Zuckerberg was forced to defend Facebook’s place at the head of the table. Split across two days of questioning, with a combined 12 hours of testimony taking place in Washington DC, it was a grueling event for the 33-year old entrepreneur.

Coverage of the hearing has been varied, from focusing on the ‘billionaire booster seat’ Zuckerberg chose to sit on, to highlight some of the more awkward lines of questioning that the mogul faced. One thing’s for sure, the man behind Facebook faced some tough interrogation from the committee, questioning both how the company handles data privacy and other powerful topics – such as hate speech and international issues.

However, it became apparent that some of the senators in the room were a tad unfamiliar with how the platform worked in general; one asked how Facebook is sustainable as a business if users don’t pay for the service. We saw Zuckerberg crack a little smirk as he replied: “Senator, we run ads.” Check out the BBC’s coverage of some of the other key moments:

You can also find out if your data was shared with Cambridge Analytica by using this Facebook tool. Knowledge is power, after all.

Earlier this week the New York Times got hold of a letter signed by 3,000 Google employees, urging the company to remove itself from working with the Pentagon on technology that could help drone strikes.

The employees, including senior engineers, addressed the letter to Sundar Pichai, Google chief exec, saying that they want the search giant to withdraw from Project Maven – a pilot programme using AI to analyse video images. The letter is quoted as saying: “We believe that Google should not be in the business of war”.

Google however is defending its involvement, saying the project was scoped specifically “to be for non-offensive purposes”, and that the tech is used to flag images for humans to then review, reducing tedious workloads and potentially helping to save lives.

With a long-standing company motto of “don’t be evil”, Google faces conflict when it comes to balancing its work in advancing tech while maintaining its core values – and keeping the public’s trust in a world that’s increasingly sceptical of digital powerhouses. Read more about the story in The Telegraph.

38% of consumers think online ads should be shorter than TV 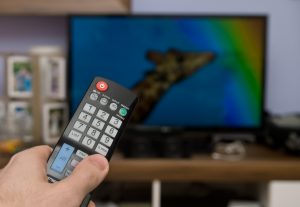 Ads are a hot topic in the marketing world, and getting them right is often key to success.

According to Marketing Dive, new research has found that 38% of consumers in the US think that online ads should be shorter than TV ads, while a quarter of consumers think they should be the same length.

I asked some of the GIANTs what they think, and got mixed answers. Max, one of our search account execs, felt that it depended completely on the brand/advertiser. “It’s hard to answer a question about the best ad length when ads differ depending on their aim/CTA, meaning it’s more about them being effective than long or short.”

Omar, another of our search account execs, felt that it depended on what you were watching. “If I’m watching short YouTube videos then I wouldn’t want my ad to be longer than the video I’m watching, but if I’m watching an hour-long video then a longer ad seems more appropriate,” he explains. “Generally though, I think ads online should be shorter, because attention span is shorter when browsing the internet compared to watching TV. Plus, online users have the option to skip ads, which means you need to get them interested fast.”

The study agreed that users typically want “shorter, more concise online video ads”, but some fear that this can stifle creativity. Perhaps it just presents a challenge to brands – make a connection in a shorter format, and you could be onto a winner with online audiences. 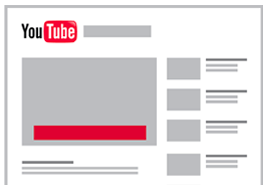 Google update alert! Last week in our roundup we talked about the new YouTube TrueView for Reach ads, and this week sees another potential boost to the way in which marketers use the video platform.

Dacheng Zhao, Product Manager of Video Ads, announced the update on the AdWords blog this week, explaining that a new Reach Planner tool is being introduced in AdWords. The tool will mean advertisers can “forecast the reach and frequency achievable on YouTube and across Google’s video partners, in over 50 countries”.

On top of being able to use this new tool to simplify the planning process, a new feature called product mixes will help to make life even easier – by showing which YouTube ad formats will work best together to help you achieve your goals. This advice will be based on users entering their marketing objective, budget and ad preferences, with a solution offered that fits the criteria.

This insight on which formats work best together, along with the ability to forecast reach, should allow brands using YouTube as part of their strategy to see more success against their goals – and allow brands not yet using YouTube to see if it could, in fact, work for them. 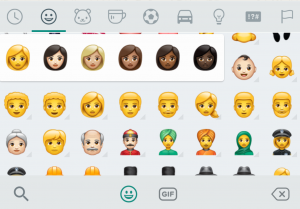 Back in 2015, the internet world received inclusive emojis. At the time, concerns were sparked around their potential to be misused – either in an abusive manner or to stoke racial tensions. However, these fears appear to have been unfounded, as a recent study by researchers at the University of Edinburgh has found that the inclusive emojis are in fact helping people to feel more included online.

According to the study, researchers analysed a sample of a billion tweets and found that most people who choose to personalise the colour of their emoji do it to align it with their own skin tone. As a result, researchers are now calling on further personalisation options to come with the new rounds of emojis, such as “more combinations of skin and hair colour (at the moment the number of combinations is restricted, for example, you can’t have blonde hair and darker skin) and perhaps a wider range of skin tones than the current five.”

This year saw redheaded emojis being confirmed as a new addition, following a year-long campaign, so what’s going to be next? I spoke to my team, and they agreed that more variations in skin and hair colour would be great; darker skin doesn’t always mean darker hair, after all. As someone who frequently changes her hair colour (it’s pink currently, in case you’re wondering) some coloured hair additions would be super cool, or perhaps female emojis with short hair, and male emojis with long hair. Also, more animals. Always more animals. 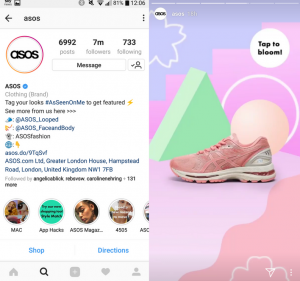 As ASOS announced impressive sales over the past 6 months, noting a 10% rise in half-year profits, it left many other retailers wondering what they were doing so right. Well, according to the retail megabrand, Instagram Stories are one of their keys to sales success – with the number of people viewing its content on the platform has almost doubled in just six months.

According to The Drum, ASOS’s content on the platform was viewed over 30m times, while videos were viewed more than 52m times – up from 40m in the previous half of the year. Nick Beighton, chief executive at ASOS, said that Instagram was now more popular among its core 20-something customer base than Facebook, and that’s why the brand had continued to invest in the platforms new content formats, like Stories.

“Instagram stories have crept under the radar for many businesses,” said SGM creative lead, Danny Windsor. “When these story-based platforms came out, it appeared to be Snapchat that was going to take the marketing world by storm – but due to updates and advances Instagram has made (in no small part down to being owned by Facebook) it has in fact been the one taking the social marketing world by storm. As businesses become wise to using online content, the art of storytelling has become even more important. Instagram Stories give you a perfect platform to tell your tale. We have seen a huge uplift in views on our own Stories over the past 12 months, and discovered new and creative ways in which they can be used.”

Head back next week for another installment of our digital news roundup, or check us out on Twitter or Instagram if you’re missing us before then – we’re a friendly bunch.

If you haven’t checked out our latest blogs, click the links below to discover more. 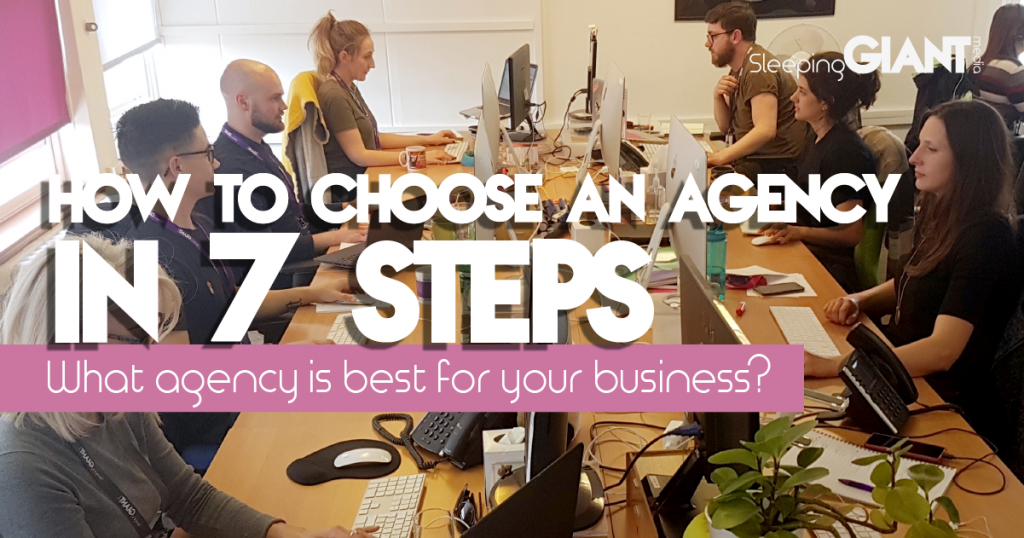 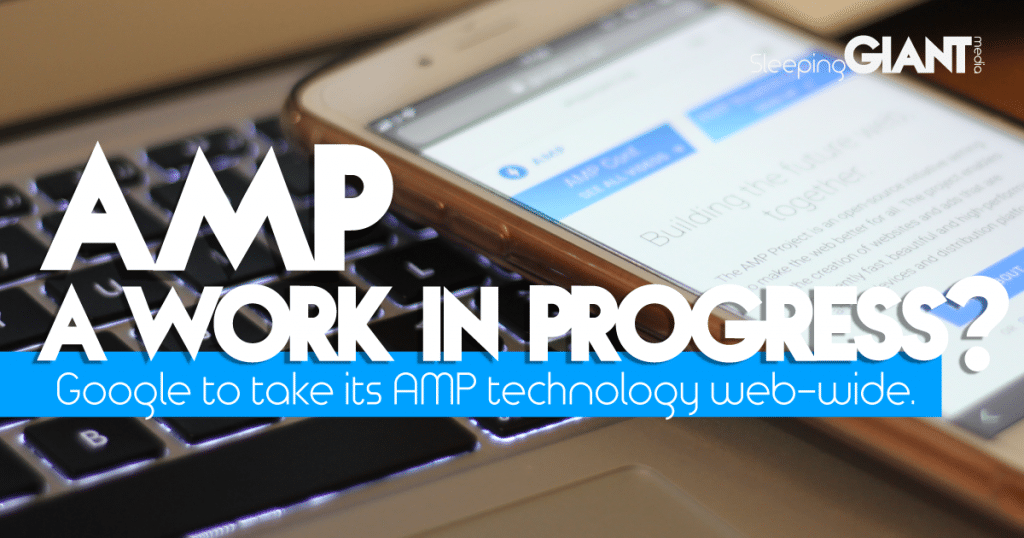