We worked with Nova to increase registrations of their mass participation sporting events across the UK using social media and PPC strategies.

“Sleeping Giant Media have helped with a wide range of advice and guidance on SEO, PPC and social, helping us through the process from idea to implementation.”

Nova worked to encourage people to take part in these events, promote health and fitness and, for some events, fundraise for charity. They approached Sleeping Giant Media to increase exposure, brand awareness and registrations for smaller events through PPC and social media. 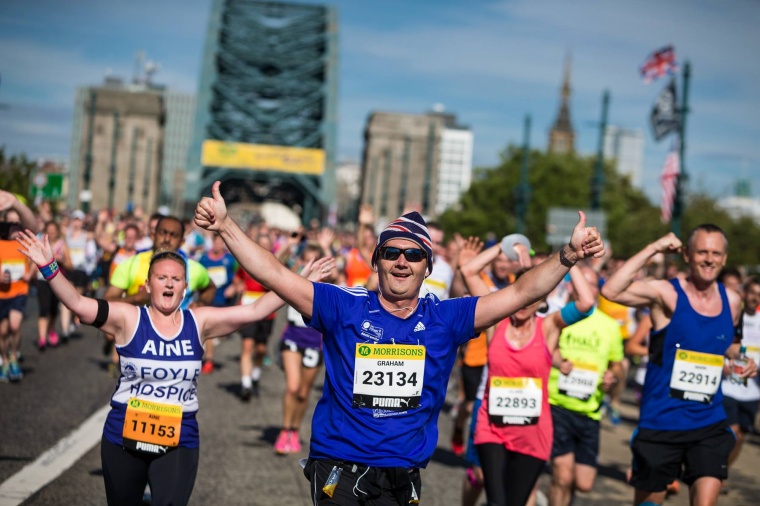 Sleeping Giant Media were asked to manage the social activity for the National Lottery Anniversary Run which Nova were organising on behalf of the National Lottery, within a very tight timescale. The agency needed to create new Facebook and Twitter profiles for this event, so needed to build up followers and likes as quickly as possible.

At the beginning, a large portion of the social activity was users commenting on the technical issues that they were experiencing on the website. This was a catalyst for improving the escalation process, ensuring a smooth management process.

Before running the social campaign there was a period of time needed to analyse existing social activity on a different event in order to learn which posts were popular and delivered desirable engagement in the form of likes, shares, comments etc. This analysis, and a pre-existing knowledge of EdgeRank were used to form the basis of the strategy. Sleeping Giant Media then assisted in the implementation of this, developing their processes to facilitate the escalation and response to any comments made by the public. Facebook PPC advertising was also used to promote the new social media page to increase exposure and likes.

Paid advertising was used on Facebook to target audiences who were interested in running, running events in specific cities, and participating in charity events, with some cross-over so it was possible to target those who were interested in both running and charity. Facebook advertising provided incremental exposure to the brand and allowed us to targeted anyone between the age of 16 and 60, whether they’d heard of the event or not.

Paid search on Google meant they could understand and utilise users search intent to the advantage of the campaign. Using Adwords PPC to get in front of people who were searching for these types of events, either specifically or not.

With some of the events, such as the Bupa Great Women’s 10k, where marketing data and user feedback from previous events was available, they used the insights to choose the channels most likely to work for each event.

Additionally, Sleeping Giant Media established in-depth analytics to track registrations and various other goals. This work meant that the former Nova had the data available to them to base future advertising and investment decisions.

The new social profiles for the National Lottery Anniversary Run received nearly 4,000 Facebook likes and 1,254 Twitter followers in one and a half months. A high level of engagement and positive feedback from the community was seen too, creating a friendly, open environment for users and generating a good base for future events.

“Working with Nova has been going really well, there’s been a lot of change which has brought its own challenges. Working closely with the business and other stakeholders has been imperative. This has made it a very exciting project to work on. It’s been great to work with a client who’s keen to develop their social processes and are aware of its long term nature. Ongoing analysis of the current social activity is used to evolve the long term strategy.”