We worked with the KM Group when they were looking to migrate their website to a new CMS without losing any of the good things they’d done for their SEO.

“We’ve had incredible results, due in no small part to everyone at Sleeping Giant Media.”

The KM Group is an independent, family-owned media company serving the people and local communities of Kent and Medway.

With over 150 years of history, Kent’s most well established published has grown to become a leading multimedia company.  Using print, broadcasting and the internet to satisfy the needs and wants of both consumer and advertiser. 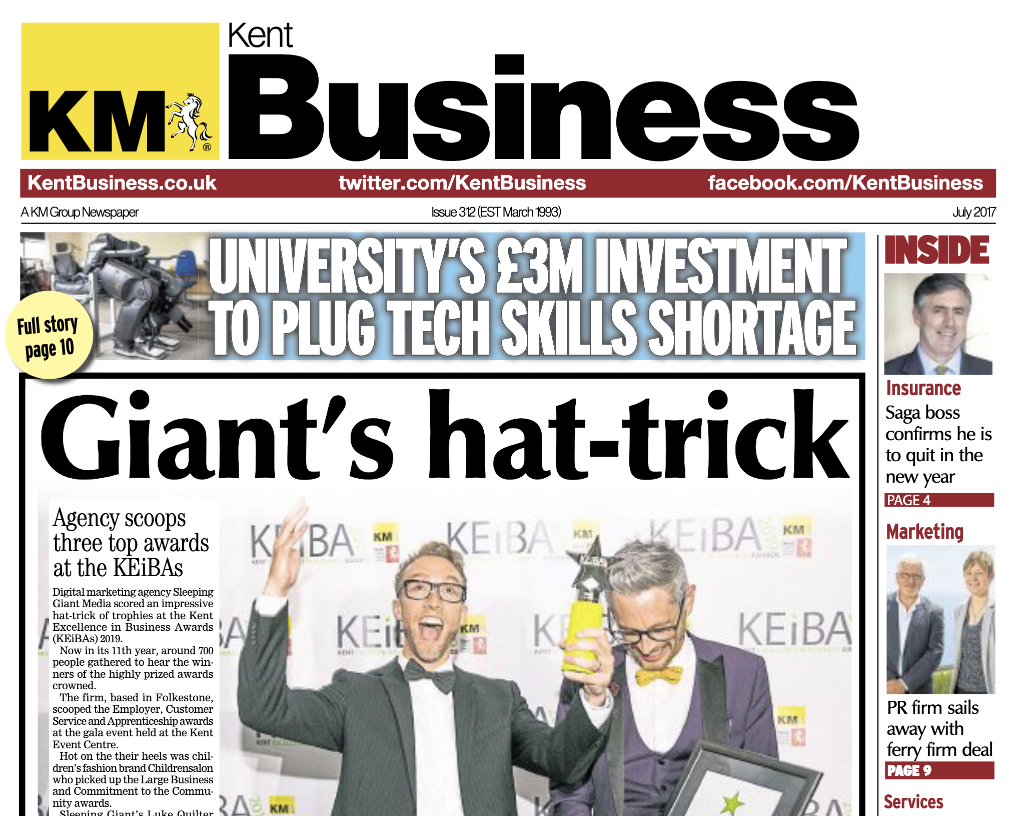 The KM Group approached Sleeping Giant Media when looking to migrate their website to a new CMS. They requested consultation on how to make the transition as smooth as possible, to retain and improve their SEO in order to build good foundations for the new website..

The first step was providing an initial SEO audit for the KM Group’s existing site, feeding back and giving recommendations to help reduce the impact when the site transitioned to the new CMS. Over a course of three months Sleeping Giant Media analysed and planned their URL structure, giving recommendations on where best to place pages on the site.

On the 28th March 2014, the site was transitioned, and exceptional results were seen for the KM Group.

Through the month of April, we traffic was boosted by approximately 200,000 browsers, ending the month with 1.499 million unique browsers. This was a 40% increase on the previous month and 33% up on the previous best month ever.

There were 500,000 pages in the index and over 2 million monthly sessions before the migration. The KM Group migrated successfully to the new site with the following stats six months after migration vs six months before: 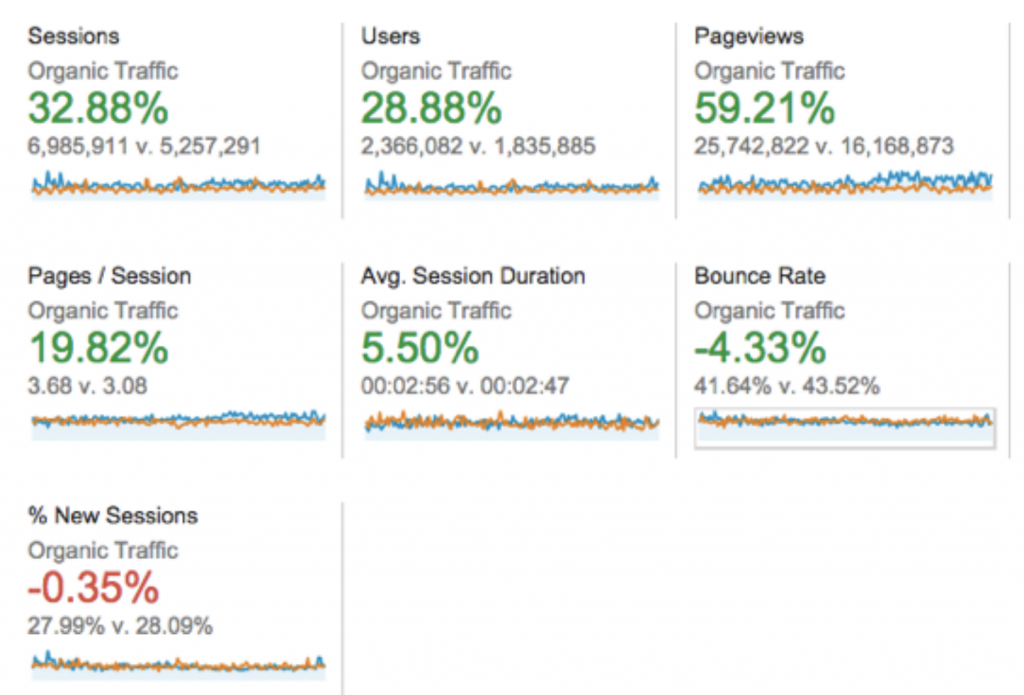 The SEO campaign gave some superb results, with keyword ranking improving across the site. The one-off project allowed the KM Group a successful transition to a new CMS, minimising issues inherent in the process, and further boosting we traffic to record results.

The move was overseen by a team of account managers at Sleeping Giant Media, and even after the transition, the site was monitored to ensure everything was running smoothly.

“Planning the transition of a site with over 100,000 pages was always going to be complex. Sleeping Giant Media took the time to understand our needs, and guided us through the process to make it as smooth as possible. We’ve had incredible results.”

“It was really exciting to work on this project as the site already drove quite a large volume of traffic. It was brilliant to work closely alongside the digital team at the KM Group to make sure everything was handled and managed correctly in the transition.”