Black Friday Fatigue. We’re coining it. It refers to the amount of time spent deleting ‘SHOP NOW FOR AMAZING BLACK FRIDAY DISCOUNTS’ emails that drop into your inbox.

(We deleted 143 this morning alone. Although I accidentally opened the 144th and am now £40 lighter. Can’t resist a good half price offer…)

How many ‘Black Friday’ emails have dropped into your email inbox this week? It’s probably more than your standard daily marketing dose. Black Friday is gradually, like all good saleable events, seeping out into the days and weeks before it; the ‘Black Friday creep’. 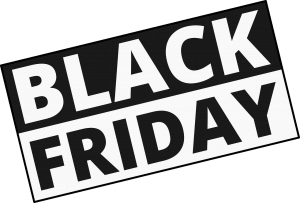 Originally an American phenomenon, Black Friday has spread across the globe to become a worldwide event, thanks to online marketplaces like Amazon. Shops now refer to them as ‘Black Friday Events’ as a way to mask the fact that they’re no longer reserved for the day alone. They are ‘celebrating’ Black Friday.

What is Black Friday?

Black Friday has a potted history, with its name deriving from the collision of a number of events, its exact origin is hotly debated. Included in the suggested list are a stock market crash of the 1800’s, the incorporation of ‘Santa Claus’ parades that marked the launch of the Christmas season and ‘Big Friday’; the largest shopping day of the year, where (in Philadelphia) traffic levels led the local police to refer to the day as Black Friday, due to the excessive pollution in the atmosphere.

Black Friday became the biggest shopping date in 2001, overtaking the traditional ‘panic shop’ of the last Saturday before Christmas. Black Friday has also spread from customers queuing outside shops to be the first in line, to the safer realms of your laptop. Potentially fearing volatile crowds (America even has its own website to track the violence), shoppers are instead electing to shop online for the best ‘Cyber Monday’ deals.

This monster event has led to plenty of in-office complaining about being spammed from every angle with offers. It has also led to a lot of office conversation surrounding what exactly we’re going to be splashing the cash on during the sales.

Around £4 million was spent over the Black Friday period in 2016, with spending expected to increase by around 40% in 2017 – much of that being online. It is, after all, far easier to hit the buy button than to venture down to your local department store and fight it out. For those trying to resist the allure of Black Friday discounts, however, it is also far harder to resist that click-through offer, leaving many with a lighter wallet and a mild tinge of regret. Dig into the depths of the internet far enough and there is some speculation over price-inflation, with fingers being pointed at retailers whose ‘before’ price is slightly suspicious looking. 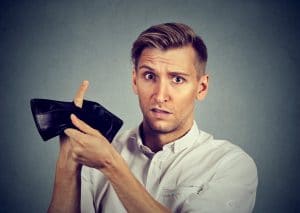 Complain all we like that Black Friday has spread so much that it has lost its allure, that the days of it being an underground buzz for the savvy to save have been overtaken by ‘Black Friday Events’, we cannot deny its strength. And it would be almost insane for retailers to not take advantage of the hype. Whilst some choose to make a statement of ‘opting out’ of the madness, most will hop on the #BlackFriday trend to find customers like us (who have just accidentally spent another £38.60 whilst researching this article). Or, if we take the Black Friday approach, SAVED £40…