As I sit here with the melodic sounds of John Williams flowing through me, I am immediately transported back to the days of my youth. Back to the day when my dad sat me down on the sofa, and opened up a box of VHS tapes that were stashed underneath. This box, was none other than the original Star Wars trilogy.

I was finally old enough.

I was finally ready to begin my long and epic romance with what has become the greatest galactic adventure of the millenia.

I was ready to awaken the force within. 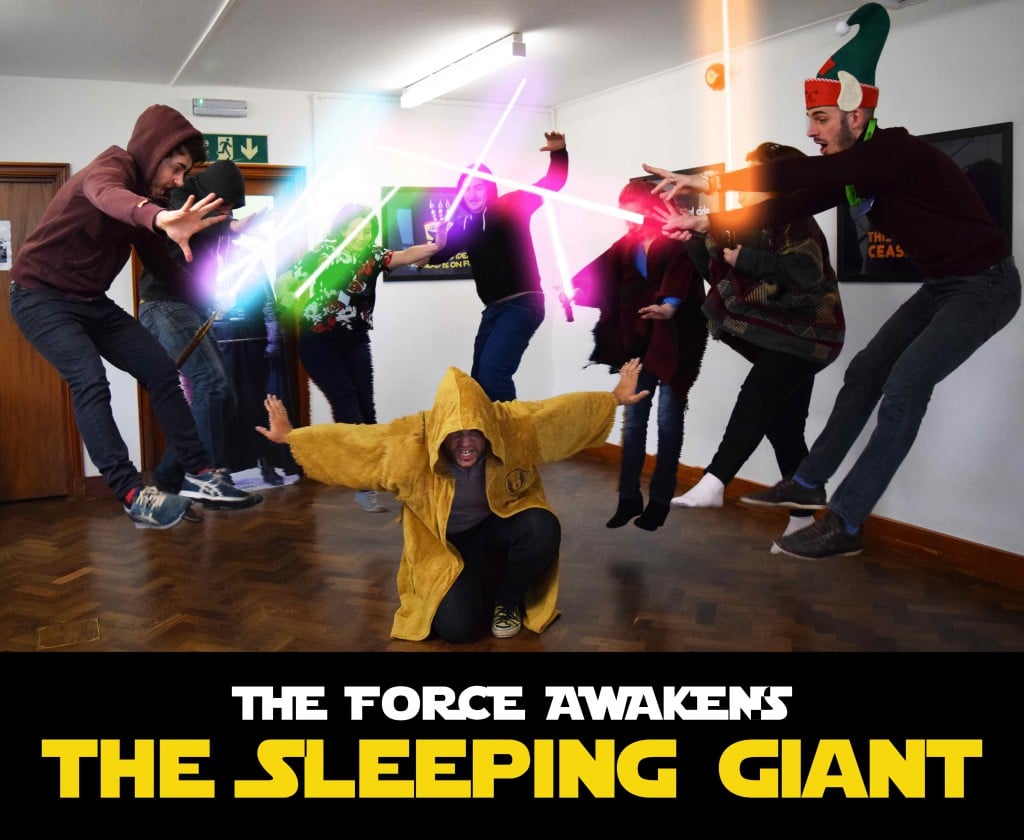 Fast forward twenty-odd years, and not much has changed. Except everything. Our long and winding journey has not always been a smooth one. We may of hit a few bumps in the road (or were they Gungans?) between the first installment of Star Wars, and Revenge of The Sith. The first of these was the 22-year hiatus of Mr. Lucas from the world of movies.

Think about what has happened in just the last fifteen years. Every social media platform you know and love, did not exist. The beloved like button, and the infamous retweet, were yet to become part of our everyday vocabulary. If you had asked someone in the year 2000 to pin something, it would most likely involve a notice board and some office supplies.

What has this meant for the now ‘grown up’ me? (the term grown up, used in the loosest sense). Well, in the 22 years George decided to step out of the limelight, all fans had to go on were rumours!

In 1995, whispers echoed through the schoolyard about someone’s friend’s mom’s sister working at Empire magazine, and overhearing a conversation about George Lucas making a Return of the Jedi Sequel! These rumours were the basis for wild supposition, heated debates, and hours of lightsaber training in the garden with a stick. This dream-inspired high  lasted for years. Years of the rumour mill, drip feeding information through different analogue channels, straight into the minds and hearts of fans around the globe. Jump to May of 1999, and cinema lines were around the block, with every fan in sight all dressed up and kitted out in full Star Wars merchandise. Every kid with a stick or makeshift sword in hand was dreaming of one day becoming a Jedi. Everyone was prepared, and times were good.

Today, on this glorious December day in 2015, we will again be graced with the presence of a continuation of the adventurous galaxy-spanning saga that is Star Wars. And the hype meter is off the charts! Why so? 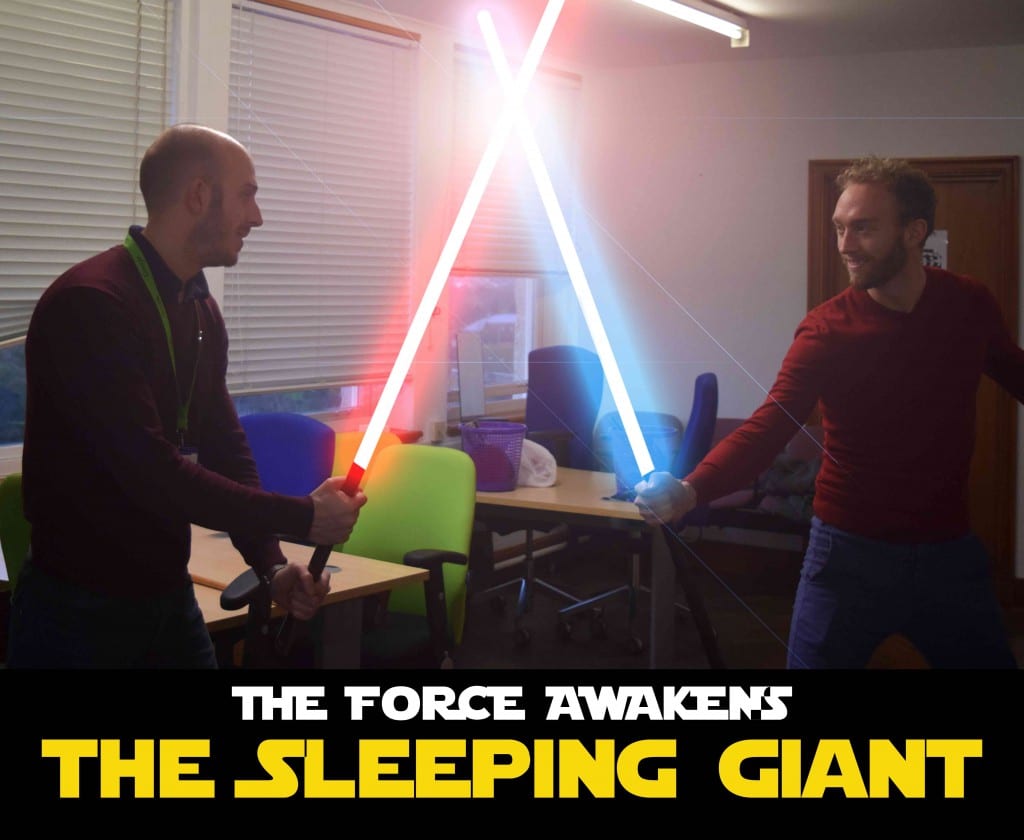 Unless you’ve been living under an extremely large rock for the last year, you know there is a new Star Wars movie out. Why else would you be reading this blog post? Disney have invested heavily in the promotion of this movie. From branded labels on volvic water, to spending £24,000 on turning a famous British monument into a lightsaber. They even took over Google?!

But where Disney have really outdone themselves is in their prolific use of social media. RelishMix reports that when it came to Disney and Lucasfilm generating word-of-mouth on social media about Star Wars: The Force Awakens, they reached more than 667 million people. The breakdown is as follows:
85.5M Facebook reach, 5.7 million Twitter followers, 1 million YouTube subscribers and 574 million YouTube views. As we now are living in a society where people are living online, with their eyes turned away from the TV, and pointed toward their mobile device(s), the last 10 years have changed the landscape of marketing, and social media has become a critical key to Hollywood, and marketing in general.

The main driver behind this is cost. The cost vs reach calculations of social media promotions are a tiny fraction of the astronomical prices charged for television promotion. A single prime time advertising slot can often cost upwards of £150,000. That’s more money spent in 30 seconds than most of us will earn in the next 5-10 years.

Another factor is targeting. Nowadays, you can target specific audiences across all social networks. With people willing to share their likes, dislikes, interests, gender and relationship status in a heartbeat, this gives advertisers the opportunity to get in front of the audience they want. This trend is becoming more and more apparent as budgets are being pushed into Facebook, YouTube, Twitter and Instagram.

The pinnacle Star Wars social media force (see what i did there?) is on YouTube. For the last ten years, it has been a guinea pig of sorts, testing the waters and being used as an avenue to keep die-hard fans engaged. Of the top 10 videos on their channel, each has over ten million views, with the top three spots raking in over sixty million views. The official trailer, which launched on the 19th of October, is averaging 661k views a day, a planet exploding number! As of today, it has over 73,027,386 views. Phenomenal reach!

Facebook: 15.7 million likes. Over the last twelve months, they have accrued over 68.5 million video views on their videoes.

Twitter: The hashtag  #StarWars has been trending on three separate occasions during the last month, with over 1.1 million tweets.

All of these mind boggling numbers go to teach us one important thing; when looking at marketing strategy, we can all take a page from Disneycorp, and awaken the force of social media within.

As this blog post comes to a close, and the musical orchestration has reached its final crescendo, signaling the rebel fleet/end credits scene in ROTJ, my mind is transported forward to tonight, where I will once again re-connect with the younger me of the past. At a cinema far-far away, donned in my Jedi dressing gown with green glowing makeshift lightsaber in hand, I will once again be in line for what looks to be the galactic rollercoaster of the decade.

May your Star Wars experience be epic…And may the force be with you.